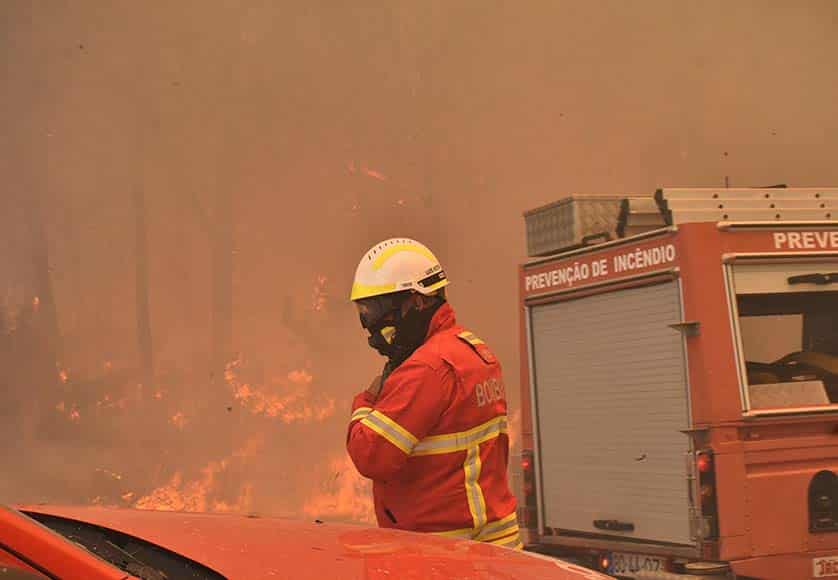 A situation update by Civil Protection at 2.30am this morning described 70 rural fires still in existence in Portugal, with almost 4,000 firefighters involved in combat backed by 1,200 vehicles.

Air support will only be returning to areas of most concern as the day breaks: another day of high temperatures, albeit slightly less than yesterday, and unpredictable winds.

At 2.30am 37 of the 70 fires were classified as ‘in conclusion’. This doesn’t mean they are over, but at that point, they were under control.

Everything depends on how these fires ‘behave’ during the day.

In the Algarve, the fire that began in Gambelas on Tuesday night is ‘out’ with most-concerning hot-spots in the Vale Verde area. Flames spread over an area of 28kms, affecting properties in Quinta do Lago, Almancil and reaching the perimeters of neighbouring Quarteira. The situation is still one of concern, but things this morning are at least looking more promising.

Not so assured are the fires in areas further north: Leiria, Santarém, Setúbal and Aveiro being the most worrying districts.

Just before 2am this morning a new fire was reported in Casal de São João in Coimbra, meaning that the only districts now without fires are Portalegre and Vila Real.

Temperatures today are expected to reach 44ºC in some districts of the north, centre and interior: eight remain on ‘red’ weather alerts.

Much more to come as the day progresses.