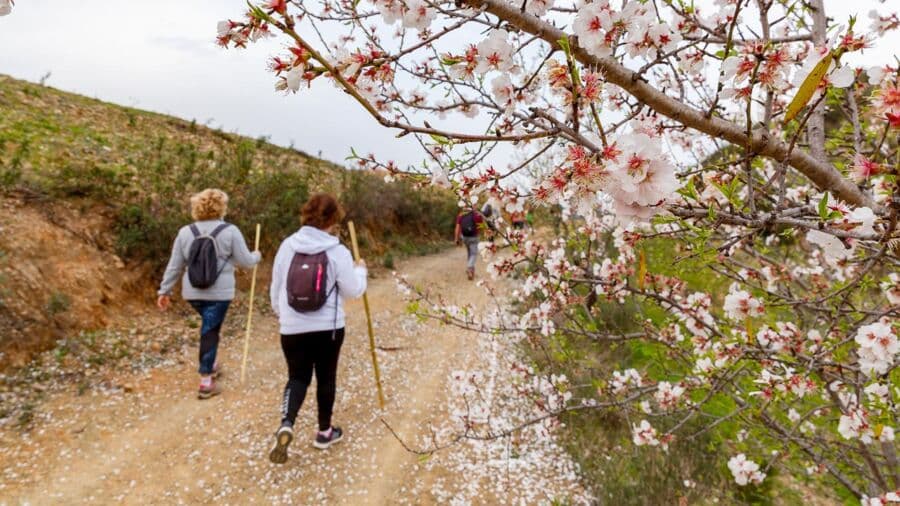 Pedestrian trails, gastronomy, crafts, music and theatre are part of this year’s ambitious programme celebrating the countryside and the Algarve’s traditions.

The Festival das Amêndoeiras em Flor (Almond Blossom Festival) has just revealed the programme of its second edition, taking place in the town of Alta Mora between February 3 and 5, from 11:00 to 18:00.

The event will once again celebrate the traditions of the countryside as the almond trees in bloom paint the Algarve’s countryside and mountains in shades of pink and white.

This year, the event will also be held in a larger venue, offering a more diversified programme, available in Portuguese, Spanish, English and Dutch. 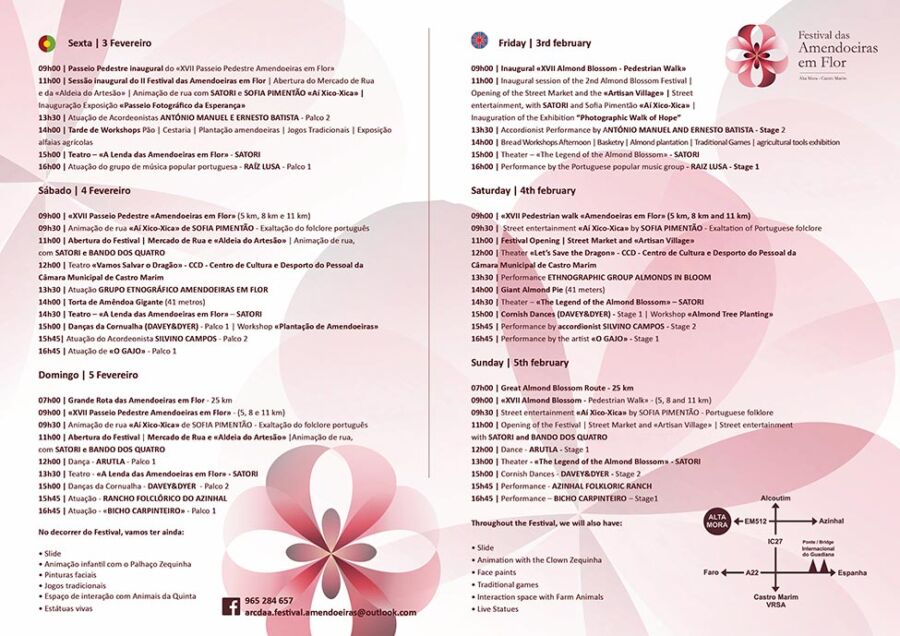 The inaugural session takes place on February 3, where several guest entities and schools will participate. Traditional street entertainment and the inauguration of the Photographic Tour of Hope – 2021 Fire exhibition by Associação ¼ Escuro will be the highlights of the day.

There will also be Bread, Basketry and Almond Tree Planting workshops, which are free but require mandatory registration here.

There will be more hiking this year. Four pedestrian walks will be organised during the event. Three of which will follow short routes (between 5 and 11 km) every day at 09:00. On the last day of the event, February 5, there will be an additional route for the most daring participants, «the Great Route of the Almond Blossom», which extends over 25km of trail.

There will also be new and innovative shows on two different stages. Musical acts include a tribute to the accordion with António Manuel, Ernesto Batista and Silvino Campos.

Popular music will also be part of the programme with Raiz Lusa, the Ethnographic Group Amendoeiras em Flor and the Folkloric Ranch of Azinhal.

Directly from England, Davey & Dyer bring the sounds and dances of Cornwall, O Gajo will play the viola campaniça (Alentejo guitar), and fado from the Beira region will be performed by Bicho Carpinteiro.

Performing arts include Portuguese folklore with Sofia Pimentão, the Bando dos Quatro, a recreation of the famous legend of the almond trees in blossom by the Satori Association, and the «Let’s Save the Dragon» show by the Castro Marim Cultural and Sports Centre.

«Arutla», a children’s dance representing the territory, will be performed by the Clube Recreativo Alturense. And a 41-metre giant almond tart will once again be baked by Chef Márcio Baltazar in collaboration with the Vila Real de Santo António Hotel and Tourism School.

Visitors will enjoy a larger street market, taverns, and a «craftsman’s village» with more than thirty artisans recreating the crafts of the rural world, where there will also be a space dedicated to agriculture and forestry.

With the little ones in mind, children’s entertainment will include face painting, traditional games, farm animals and living statues throughout the festival.

Entrance is free for children up to 11 and costs €3 for adults. 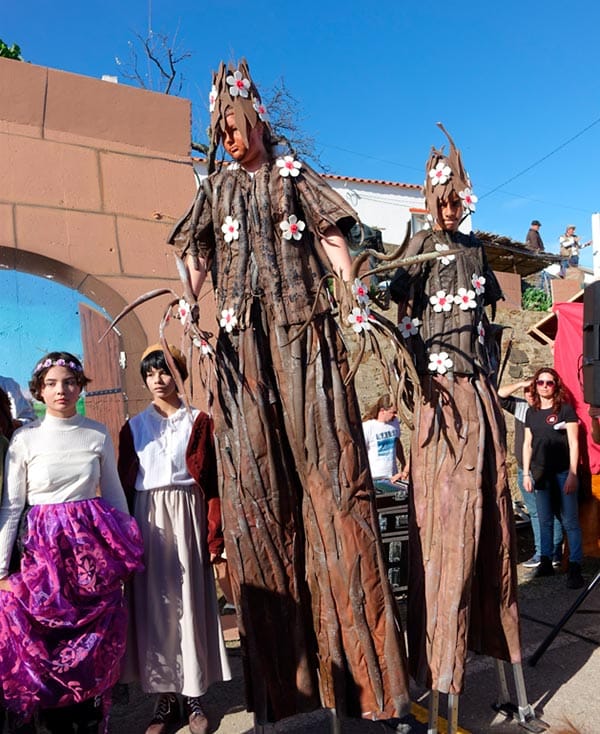 The festival is organised by the Associação Recreativa, Cultural e Desportiva dos Amigos da Alta Mora (ARCDAA) with the support of the Castro Marim municipality and Odeleite Parish Council.

The event’s organisation counts on the support of more than 100 volunteers, most of which are elderly residents, who, during this month, proudly help set up the event.

The initiative arose following the success of the «Almonds in Blossom» pedestrian walks in 2005. The festival’s first edition was organised in 2020 with the support of the 365 Algarve Programme.

The Almond Tree Festival is a strategic and promotional initiative for the traditions and identity of the region, designed to combat the desertification of the Algarve’s mountains. Its second edition intends to assert itself as one of the region’s great cultural and tourist events in the low season, highlighting one of its most emblematic products: the almond.