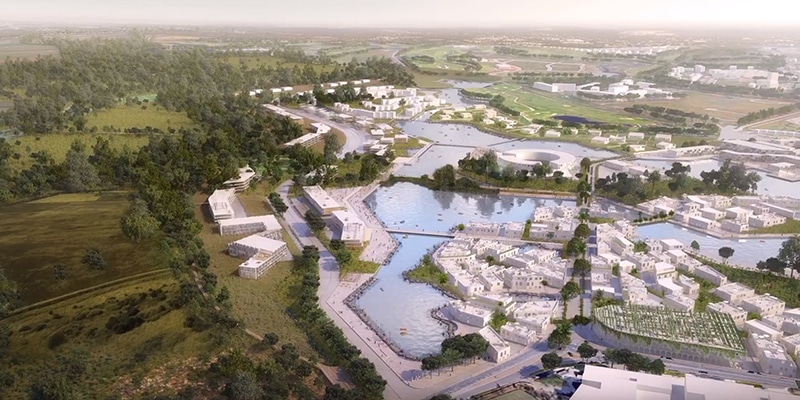 Environmental association Almargem is threatening to file a complaint with the European Commission if the Portuguese government fails to take action to stop the ‘Vilamoura Lakes’ (Cidade Lacustre) development project, which it describes as an “environmental attack”.

As readers may recall, the project was suspended in September, giving developers six months to “diminish or eliminate the negative effects that it would have on the environment”.

This second draft of the project represents a €666 million investment to turn a 57-hectare area into a sprawling development with villas, holiday homes, restaurants and several artificial lakes (click here).

However, Almargem says that “little to nothing has changed” and that the project continues to break a series of planning and environmental rules and goes against the need to protect a wetland area considered one of the most important in the country.

A local citizens’ group has also lambasted the project, calling it “outdated” and warning that it could “wipe out the local flora and fauna as well as destroy one of the Algarve’s last wetland areas – the river basin of Quarteira” (click here).

According to Almargem, the “only sensible outcome” is for the project to receive a negative assessment from its environmental impact commission.

The association says the government “should see protection of this area as a priority due to its contribution to the mitigation of climate change and its importance to countless bird species”.

Explains Almargem, the project was initially part of Vilamoura’s first construction plan in the 1960s, but it only truly started moving forward in 1994 when it benefitted from an exceptional government order that allowed it to ‘dodge’ the limitations imposed by PROTAL – the Algarve’s ‘masterplan’ that regulates property development – as well as land protection plans such as REN and RAN.

However, only in recent years has the project started to make strides towards coming true once again.

“Almargem believes that the project is clearly (and literally) a project from the past, which does not fit in with the current reality and seems to ignore the future (of climate change, of rising sea levels, of the European Green Deal and the new post-pandemic paradox of Algarve tourism),” the association says.

They also question the “logic” of “flooding part of the region’s coastline and then trying to protect it with a dam in order to build saltwater lakes” and criticise how the project is trying to be approved under the guise of a “Project of National Interest”.

Almargem also warns that the project that was put up for public consultation until May 21 “completely ignored” the construction of the lakes, “undermining” the need to evaluate the project as a whole.