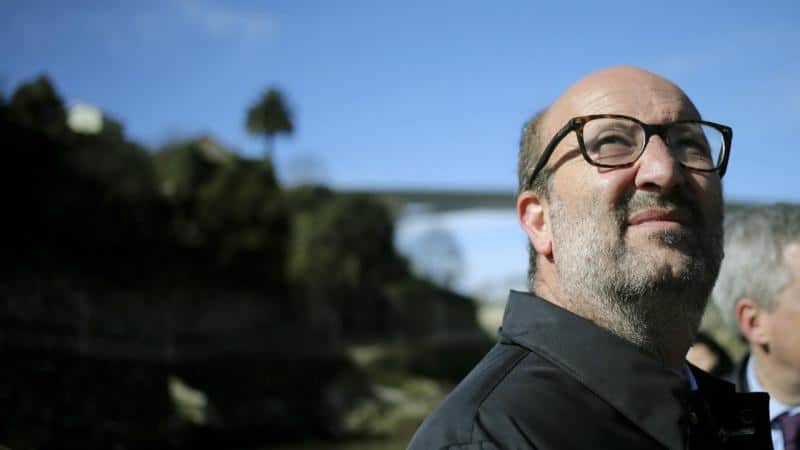 A simulation performed by the Portuguese army suggests that “a serious accident” at Spain’s trouble-beset nuclear plant on the Tejo river at Almaraz – just 100 kms from Portugal’s border – would expose as many as 800,000 Portuguese to radiation.

It is simply the latest inconvenient detail to emerge as officially Portugal continues to back Spain’s bid to construct a dumpsite for radioactive waste on the site that “will have a semi-active life of centuries and centuries” (click here), while extending Almaraz’ life well beyond its 2010 ‘sell-by date’.

Spain’s anti-nuclear movement says the simulation – performed in 2010 but only revealed yesterday by Rádio Rensacença – is even more proof that environment minister João Matos Fernandes is not doing his job.

“He is incapable of running this and other matters”, the movement’s spokesman António Eloy told reporters. “He should hand in his resignation now.

“This study by the army shows what we have always been defending: Almaraz is a risk for Portugal”.

Confronted yesterday with the details, president of the Portuguese Environmental Association Nuno Lacasta “considered the army’s work was not up to date”, reports tabloid Correio da Manhã.

And it comes after Euro MP José Faria claims “fraud lies behind” Portugal’s decision to turn a blind eye to what is happening (click here).

Complicit in that fraud would be the various bodies that only last month deemed Spain’s plans for Almaraz “safe and adequate” (click here).

This is the kind of story that looks certain to kick up more dust as the country prepares for municipal elections in October.

As CM explains, the army simulation puts a radioactive cloud over the district of Castelo Branco within 40 hours of an accident at Almaraz.

Bizarrely, however, the paper says the “evaluation guarantees it would be (a cloud) with low radiation levels”.

Whatever the reality, the villagers of Segura – the Portuguese hamlet first in line to be evacuated – are disgusted.

They say they have never heard of the army’s simulation, and have never been given any indication of what would happen to them in the event of an accident at Almaraz.

“Would we have to leave under our own steam, or would we need to wait to be collected?” One asked reporters.

CM has covered the Almaraz threat in great detail, as have other media sources.

According to reports, there are “very high” cancer rates in the immediate area, but locals are in two minds, as without the plant employment opportunities would be decimated.