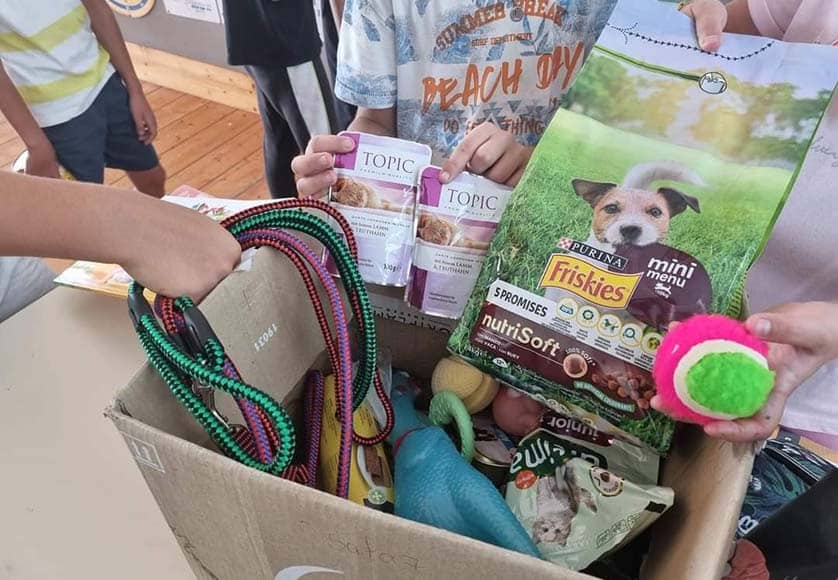 Students from both pre-school and primary school years of the Almancil Schools Group created works of art to raise awareness about animal welfare.

The initiative results from an agreement between the schools and Animal Rescue Algarve (animal shelter in Loulé), which aims to “consolidate the educational work of both parties and raise conscious children for a better future”. 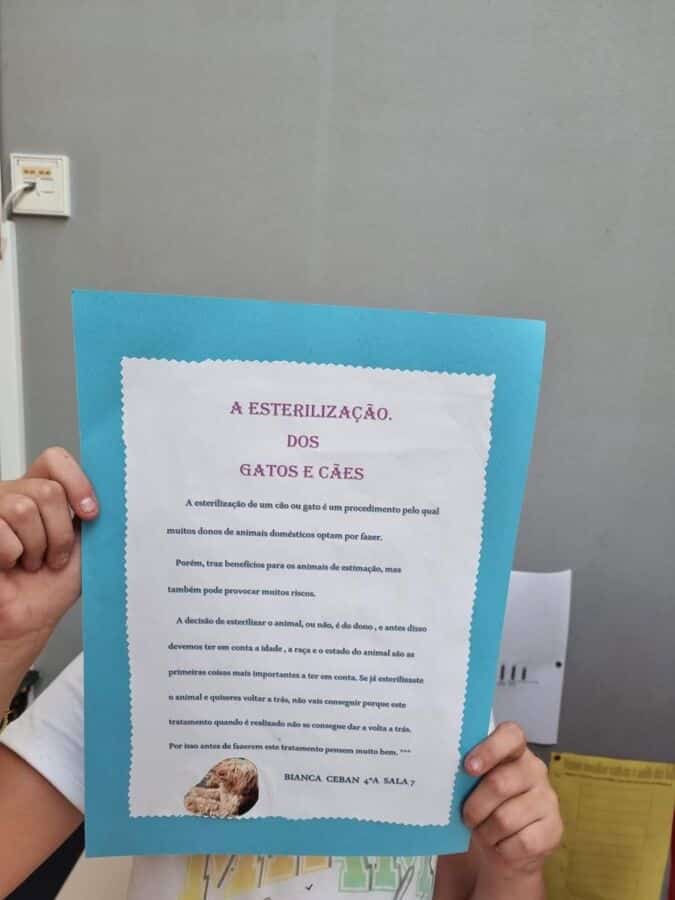 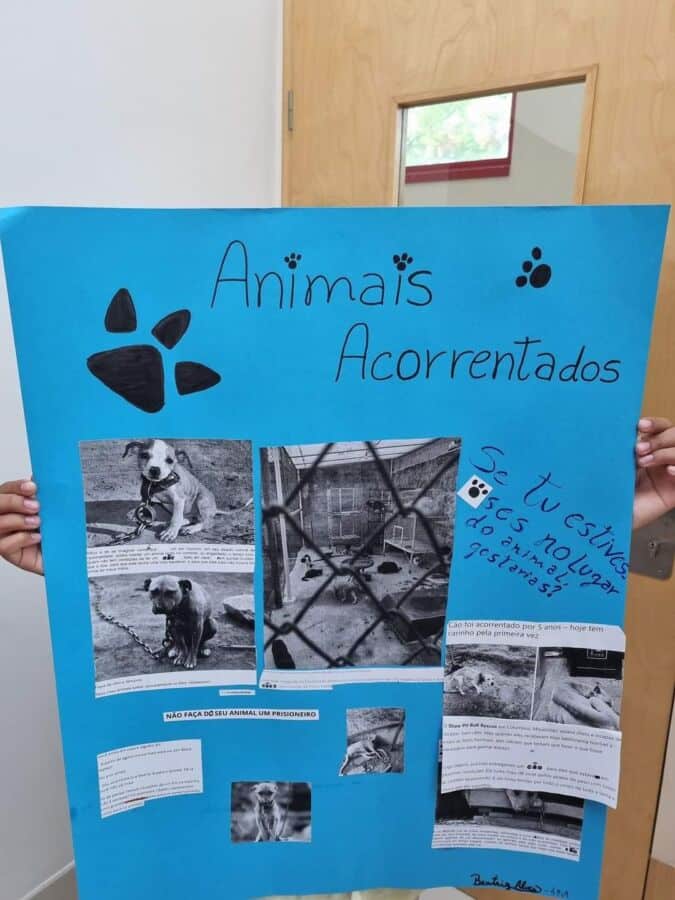 With the first school term coming to an end, the students decided to focus on themes that reinforce the importance of raising awareness about animal cruelty, sterilisation, the dangers of dog chaining, and street cat colonies, among other topics.

Some works focused on explaining how to proceed with pet sterilisation and why it is so important, while others appealed to a greater consciousness of the negative repercussions of putting dogs, sentient beings, in chains. 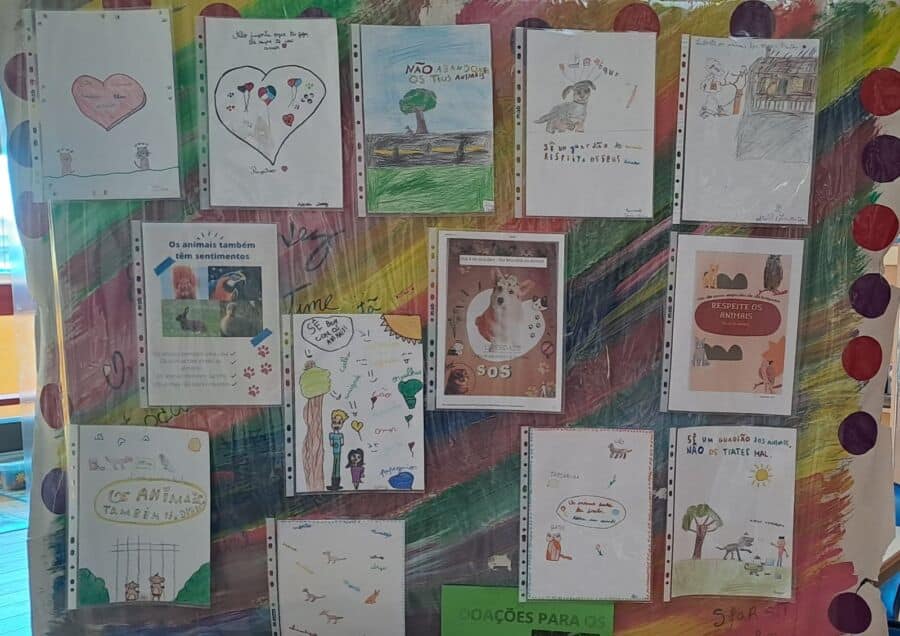 Some other interpretations had a more creative angle, exploring the multiple ways the words ‘cat’ and ‘dog’ are written across a variety of languages, as well as animals’ dietary habits.

Alongside the art, students also organised a food and goods fundraiser, resulting in donations of animal feed, toys and leashes for the animals at Animal Rescue Algarve.

Located in the Cabanita area in Loulé, the non-profit shelter has seen the rescue and rehoming of over 1,000 animals since 2018. 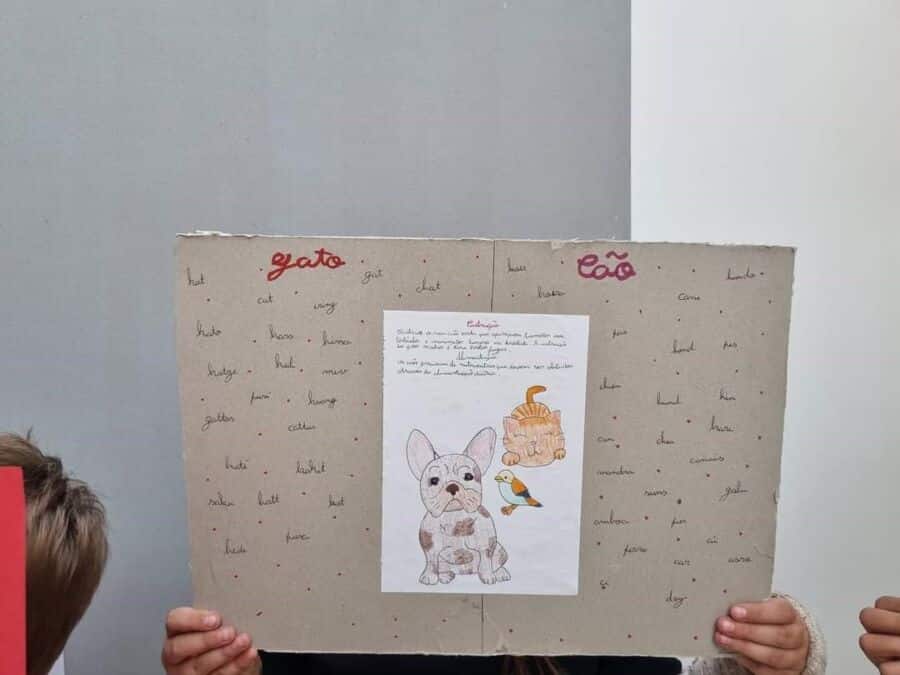 Animal Rescue Algarve, whose focus expands well beyond its shelter, has reinforced its commitment towards the importance of education, mostly through visits and protocols with schools – “interactions which are central to a systemic change of how animals are perceived and treated in Portugal,” said the animal charity.