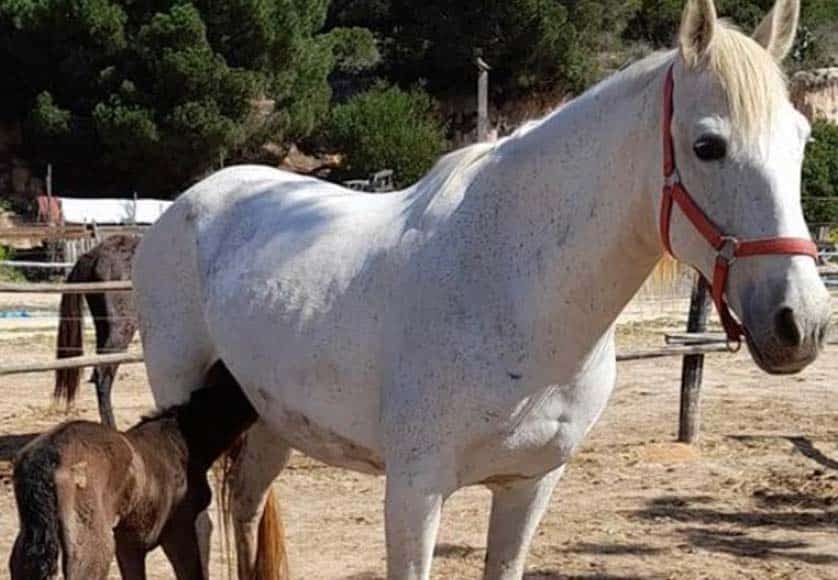 “Firefighters were nowhere to be seen,” owners say

Horse riding centre A Palmeirinha in Almancil is seeking help to rebuild after having been almost completely destroyed by the fire which broke out in Gambelas (Faro) last week.

There were moments of panic as owners Sónia Martins and Andreia Costa – aided by friends, neighbours, and colleagues from other riding centres – attempted to evacuate all animals before the flames arrived.

The last horse was removed at around 3pm on Wednesday, July 13 as the fire was already consuming part of A Palmeirinha.

“We were almost completely surrounded,” Andreia Costa told the Resident. “GNR police had already cut off the exit road. We had to evacuate through our neighbour’s property, he cut the fence around it so that we could make our way out.”

The good news is that all 20 horses were removed in time, as well as seven dogs and one cat. Two other cats were found later on, while three are sadly still missing. 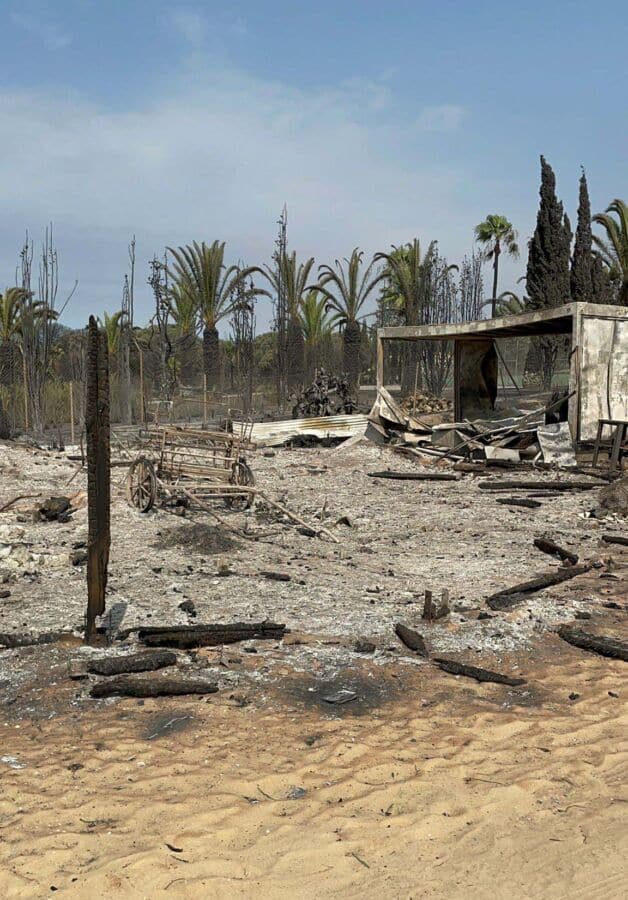 Although they had seen smoke coming from Gambelas when they arrived at the riding centre that morning, Sónia and Andreia never imagined the horror that was to follow.

“When we saw the smoke coming from Gambelas, we were not too worried as it was still far away,” said Andreia.

But then they heard that the flames were approaching their area and that a neighbour was already preparing to evacuate. They tried to help before realising that their own property was in danger.

“The fire arrived in a matter of minutes,” Andreia told us. “It was just enough time to prepare the horses, get them into the trucks and remove them.”

Despite the desperate situation, the riding centre’s owners were not assisted at any time by firefighters.

“They were nowhere to be seen,” lamented Andreia. “We removed the last horse at around 3pm, and firefighters only arrived at around 11pm. We’d hear the GNR police calling for firefighters to come, but all we heard on the other side was ‘negative, negative’. They were focused on stopping the flames from reaching the houses in Quinta do Lago and Vale do Lobo and the CEPSA petrol station.” 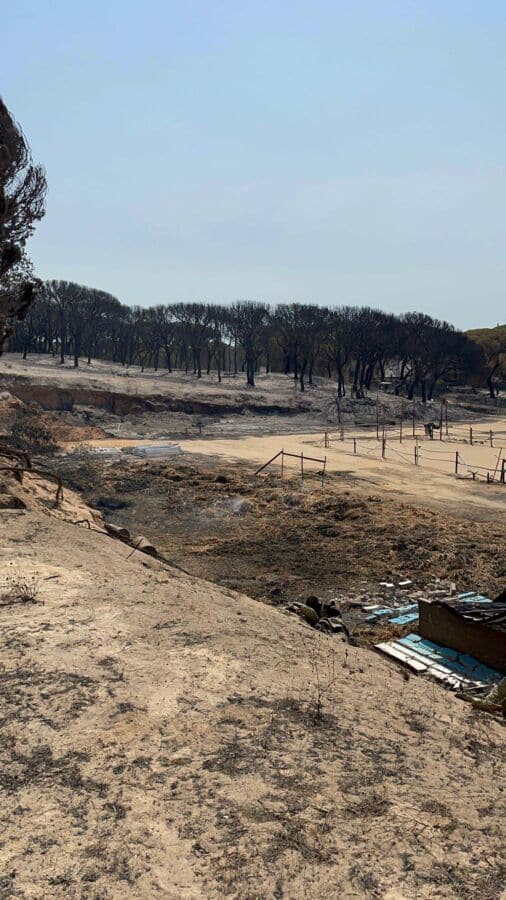 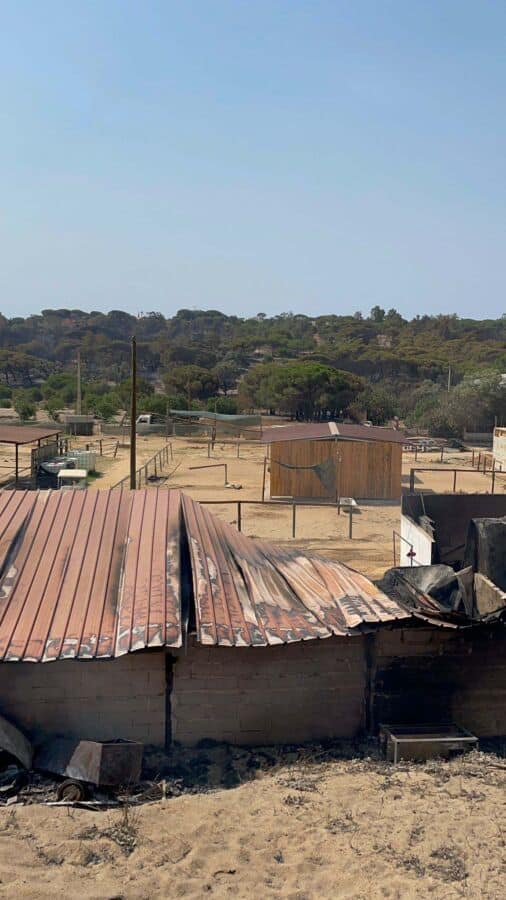 While understandably frustrated after being ultimately left to their own devices, the owners recognised that “it is not the firefighters’ fault”.

The rescued horses were taken to other riding centres, the Canil de São Francisco de Assis and a plot of land owned by friends.

Andreia and Sónia estimate that the fire caused over €50,000 in damages, the few surviving structures being those built most recently.

Donations of horse-riding equipment or construction materials will also be warmly welcomed, as well as volunteers willing to help the owners rebuild.