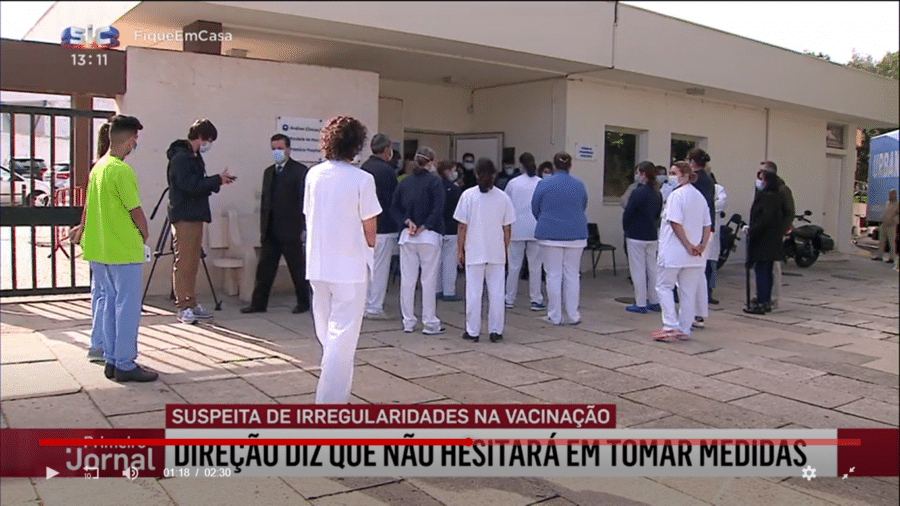 An inquiry has opened this week into new allegations of non-priority people in the Algarve receiving vaccinations ahead of time.

The number of people understood to have ‘jumped the queue’ this time is “as yet undetermined”, says SIC television news – as are the “details of the cases”.

But “the evidence was sufficient to open an inquiry”.

The administrative board of CHUA (Centro Hospitalar Universitário do Algarve) is understood to have said it “will not hesitate in taking measures and reporting on any irregularities found”.

Irregularities are described by SIC as “tens of cases” and follow the situation in which Portimão mayoress Isilda Gomes was also vaccinated when she did not belong to any of the phase one priority groups outlined by the vaccination task force (click here).

Ms Gomes’ case is already the subject of a criminal investigation by the Public Ministry – and this weekend PSD Portimão has announced it will be tabling a motion of censure against her at the next meeting of the municipal assembly (see our brief news section).

The new allegations surfacing this week “followed complaints by personnel in services like orthopedics and surgery in Portimão that in spite of being priorities they hadn’t yet been vaccinated”, reports SIC.

“When lists of names of people on the frontline were compared with the names of those who had effectively been vaccinated, a number of situations were discovered that should not have been there”.

One appears to have been a telephonist, others IT personnel, as well as a doctor not working in critical care.

“In some instances the explanations could be acceptable”, SIC stresses, as people had to be drafted in to install equipment in Covid wards (and would therefore have benefited from being vaccinated) and priority personnel may not have been available to receive their shot when it was ready to be given, so it would make sense to give it to someone else.

With CHUA now verifying exactly what happened, it has told SIC that all frontline staff at Portimão Hospital have now been fully vaccinated.

Since December 29, more than 5,700 doses have been administered – though 34% of the workforce has yet to receive their shots (as the majority don’t perform direct healthcare).