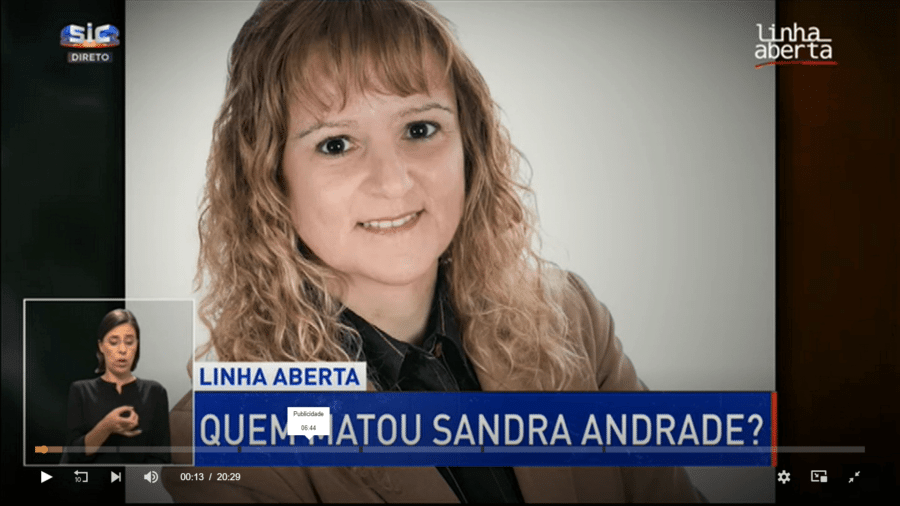 Victim identified due to distinctive tattoo on forearm

All scenarios are open (within the context of murder) as police begin the painstaking process of trying to reconstruct the final days of Sandra Andrade – the 49-year-old TVDE (Uber-type) driver and tour guide whose decomposing body parts were found last week inside a suitcase hidden in a stone wall near the village of São Lourenço, near Almancil.

An autopsy has not been able to determine cause of death – albeit the theory Ms Andrade may have been suffocated is “on the table”.

According to reports, it has not even been possible to confirm whether or not Sandra Andrade died immediately following her disappearance in June – a situation that will simply be adding to the agony of friends and family.

For now, forensic tests have been performed on the suitcase, and police are also trying to find out where it was purchased.

The area where the case was found has also been “examined in detail” to see if anything can give any kind of clue as to who hid it there, and/ or who may have been responsible for the murder.

The ‘main scenarios’ open are that either the death is related to Sandra Andrade’s personal life, or to her professional activity (which frequently involved being hired in much the same way as a taxi driver).

The car the victim used was discovered a few days after she was reported missing. It contained a mobile phone which at the time was not immediately identified as hers. Now it appears it must have been, as Correio da Manhã says police are following up on the last contacts made using the phone in the day’s leading up to Ms Andrade’s disappearance.

According to SIC’s Linha Aberta programme, on the morning of her disappearance Sandra Andrade transported a client to Loulé train station, and while in the process, received a “personal call, from a client”. Police already know the identity of this client.

This is a truly macabre killing – and follows another murder involving dismemberment in the Algarve which was ‘solved’ in a very short period of time. With luck, this one will be too.

One of the many unpleasant details is that it appears that the suitcase may not have included all Sandra Andrade’s body parts. In other words, like the previous murder, there may be further ‘grisly finds’ to come.