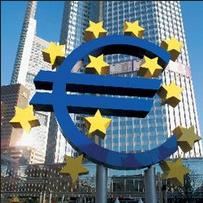 THE EURO started the New Year full of expectations. In December, the European Central Bank hiked the base Eurozone interest rate for the first time in over two years, and the markets were all keyed up for another rise early in 2006. However, the data releases, despite being more upbeat for Europe, haven’t supported that enthusiasm and, with 12 per cent unemployment in Germany, the ECB may well be right to keep their powder dry.

But, while the Euro stutters, the US Dollar is making headway against all comers, with the Federal Reserve Bank hiking their base rate again on January 31 and US economic growth maintaining a fearsome pace. What is more, the search among international investors for higher interest rate yields is causing a wave of buying interests in the US Dollar, where a 4.5 per cent base rate in such a liquid currency is very attractive.

You may have heard the expression ‘carry trade’ and heard comments about how these investment tactics cause changes in the exchange rates. The effect they have has never been more apparent than it is today. So much so that the Euro-Dollar exchange rate has pushed back below the http://www..20 level and is threatening a more decisive move down to http://www..17 or even lower. In fact, until the Federal Reserve stops raising the base rate and/or the ECB moves the Eurozone base rate higher, we can expect to see a lower level in the EUR-USD rate. But where does this leave the Pound?

The Pound is seen in some quarters as being an extension of the Euro, but the economies of the UK and EU are in different phases of the economic cycle, and that is causing a disparity between the EU and UK currencies. Most notable are the slide in UK employment at a time when EU employment is on the rise, and a downward path in UK interest rates when the ECB is in a rate raising pattern. If you add to this the slowdown in UK manufacturing while German output is on the rise, you can start to see the reason for the slide in the GBPEUR exchange rate.

Spring is promising to bring more volatility and more confusion in the currency markets and that, oddly enough, is good news for anyone with Euros to buy or Euros to sell. My job as a trader looking after both buyers and sellers of currency is to make sure that everyone gets what they need. Obviously, this isn’t always possible, but when the GBPEUR rate was at ¤1.48, it was clear that those who needed to buy Euros for property or migration purposes needed to do so before we saw a major decline in what was obviously an over-extended exchange rate.

But, while the Euro buyers filled their boots, Euro sellers had to sit on their hands and wait. Thankfully, they didn’t have to wait for long. The fall from ¤1.48 to ¤1.45 took only a couple of weeks and we are now in a phase of Euro sellers smiling while the buyers wait. This pattern is destined to repeat itself as currencies trade in cycles and charting these cycles will yield good indications of when to buy and when to sell.