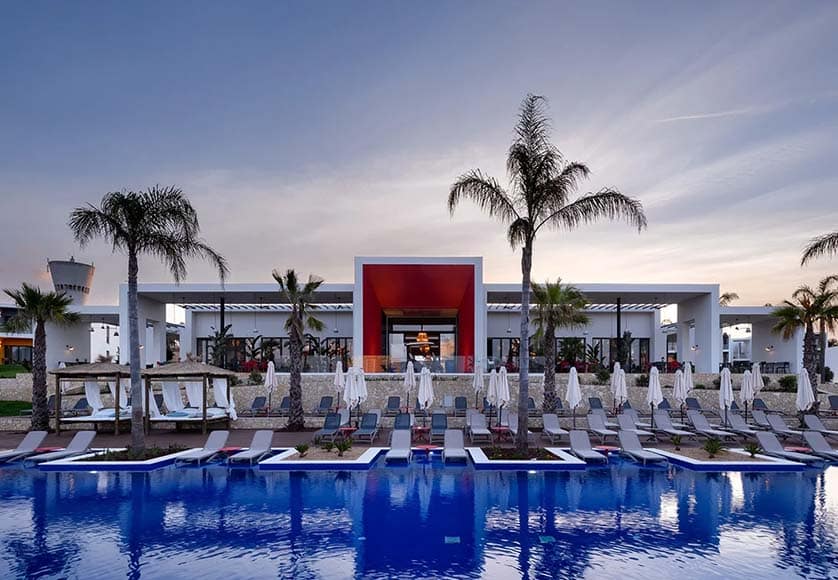 An all-inclusive five-star hotel formerly known as Pestana Blue Alvor, which is currently closed, is due to reopen in the first quarter of 2023 as Tivoli Alvor Algarve Resort.

The hotel was acquired in May by Azora European Hotel & Lodging, an investment fund managed by Madrid-based European real estate manager Azora.

At the time, it was reported that the hotel would continue to operate under the Pestana name.

However, the NH Hotel Group announced this week that it will “operate the five-star hotel following an agreement signed with Azora, the company that owns the property, with which NH already manages the Tivoli Marina Vilamoura Algarve Resort and Tivoli Carvoeiro Algarve Resort in Portugal”.

The group says that the resort will be “renovated in order to offer the highest standards of service of the Tivoli brand,” and that Tivoli Alvor Algarve Resort will be the brand’s first foray into the “all-inclusive” market.

The resort is located in the tourist hotspot of Alvor in Portimão, just a short walk from the beach, and is described as a “family hotel” which will feature 470 rooms and suites and a “wide range of amenities for the whole family,” including four restaurants and two bars.

The 112,000sqm resort will also boast several sports facilities, such as a golf course, paddle and tennis courts, a gym, six pools, a spa, and a multiuse field.

“The expansion of Tivoli Hotels & Resorts, with its upcoming openings in Portugal and Spain, shows the company’s clear priority to grow this brand, which will lead the growth of the NH Hotel Group with new luxury resorts in some of the best holiday destinations in the south of Europe,” said Ramón Arangonés, executive president of the NH Hotel Group.

“With Tivoli Alvor Algarve Resort and Tivoli La Caleta Resort in Tenerife (which is due to open in the spring of 2023), the Tivoli Hotels & Resorts brand will have 18 hotel units owned by Minor Hotels and operated, in Europe, by NH Hotel Group,” the group added.

The resort was inaugurated in the spring of 2019 as Pestana Blue Alvor, having enjoyed a successful first summer.

Described at the time as Portugal’s largest all-inclusive 5-star resort and the first to have been built from scratch, the tourist establishment saw its growth plans thwarted by the Covid-19 pandemic, which forced it to close down.

The resort was even used for some time as a quarantine area for Covid-19 patients.

Now reopening under the Tivoli name, the hope of the NH Hotel Group is that the resort will finally live up to its touted potential.