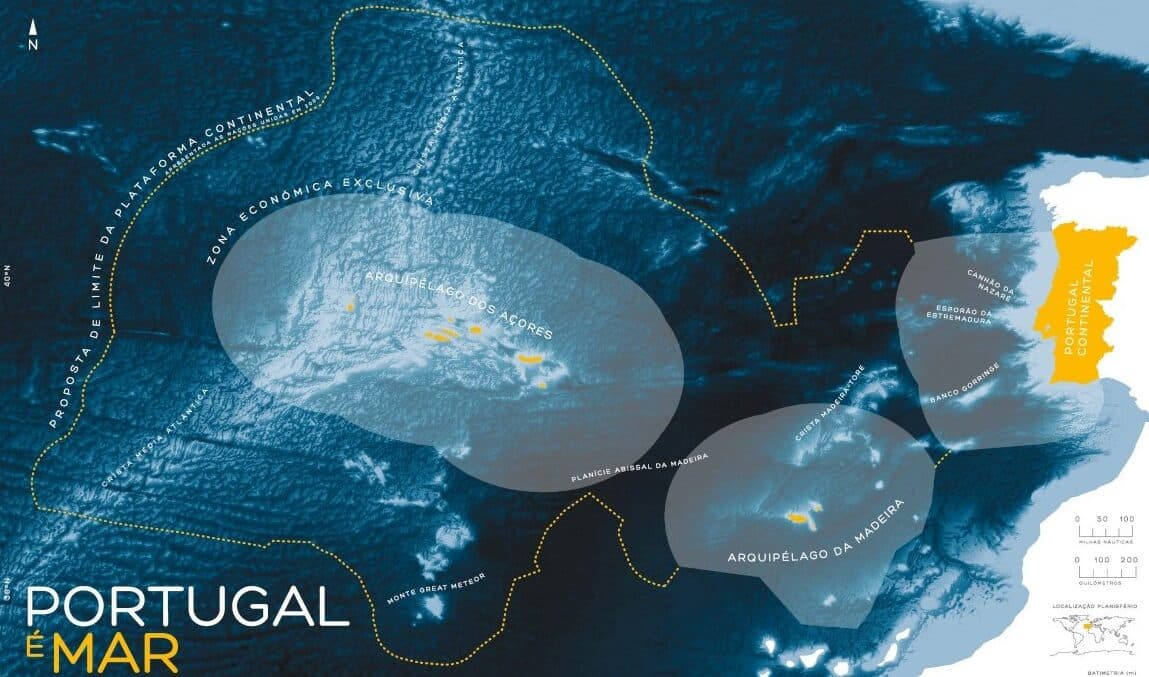 Focus returns to Portugal’s command of the ocean

Focus this week has returned to the sea, and Portugal’s command of it.

Against the backdrop of the Pessoa Prize 2021 award ceremony at Culturgest in Lisbon yesterday, President Marcelo praised his predecessor Cavaco Silva for giving “summit projection to the sea’, pointing to the upcoming United Nations Oceans Conference in June as “a unique opportunity” for Portugal.

After all the political and pandemic hurly burly of the last few years, we are back to the point where the question is being raised “why should we waste (any more) time in rediscovering our future?”

This was Marcelo’s question yesterday, echoing previous initiatives he has made within the scope of Portugal gunning to take command of up to further large swathes of ocean.

And Tiago Pitta e Cunha is right behind him.

Says Lusa today: “Tiago Pitta e Cunha is a member of the board of directors and director of the executive committee of the Oceano Azul Foundation, linked to the Francisco Manuel dos Santos Foundation, which has the concession of the Lisbon Oceanarium”.

He is also currently working as advisor to President Marcelo on matters of the sea, and has minutely studied the question of what Portugal should be doing with it.

He told the prize giving ceremony yesterday that “we are a long way, as a country, as a State and as a civil society, from being exemplary… profound changes need to be made over the ambition to become one of the greatest maritime powers of the new 21st century paradigm.

“We need to make choices, focus on concrete industrial policies where we can take a comparative competitive advantage”.

This means “reducing the scale of industrial fishing” to a form that is sustainable, and “increasing the still laboratory scale of marine biotechnology to an industrial level.”

Mr Pitta e Cunha’s comments put a refreshing new slant on the economic-political potential of the sea. In the past much talk had been on mineral exploration – potentially disastrous for marine ecosystems. But yesterday, the Pessoa prizewinner stressed the benefits of comparatively non-invasive uses, like expanding offshore wind farms “so that we can become one of the greatest exporters of renewable energy”.

For a country whose geography is “overwhelmingly maritime”, he said it makes no sense to keep building on-shore windfarms and “photovoltaic parks of absurd proportions” because it will only take a few more years for everyone to realise that in doing so “we will have destroyed one of the last treasures of our natural capital: the landscape”.

Divert renewable energy production to the sea, and develop the industry of bivalves and algae, he urges.

“If we do these things today, if we move in the direction of the future, if we anticipate, who knows whether in 10 years time we couldn’t be the maritime power that Norway is today? This should be our ultimate goal: turning the country into one of the powers of the new paradigm of the 21st century. It is certainly worth a try…”

Conservationists and eco-campaigners have yet to react to this speech, but it was certainly inspiring – coming as it has from a man whose expertise has been sought and contracted by President Marcelo.

Tiago Pitta e Cunha warned that the planet is being “irreversibly dilapidated” and that a new approach “based on renewable energy, more moderate consumption models and new diets is imperative”.

To a certain expect, this speech drew a line in the sand over what Portugal should be doing with the sea, and what it shouldn’t.