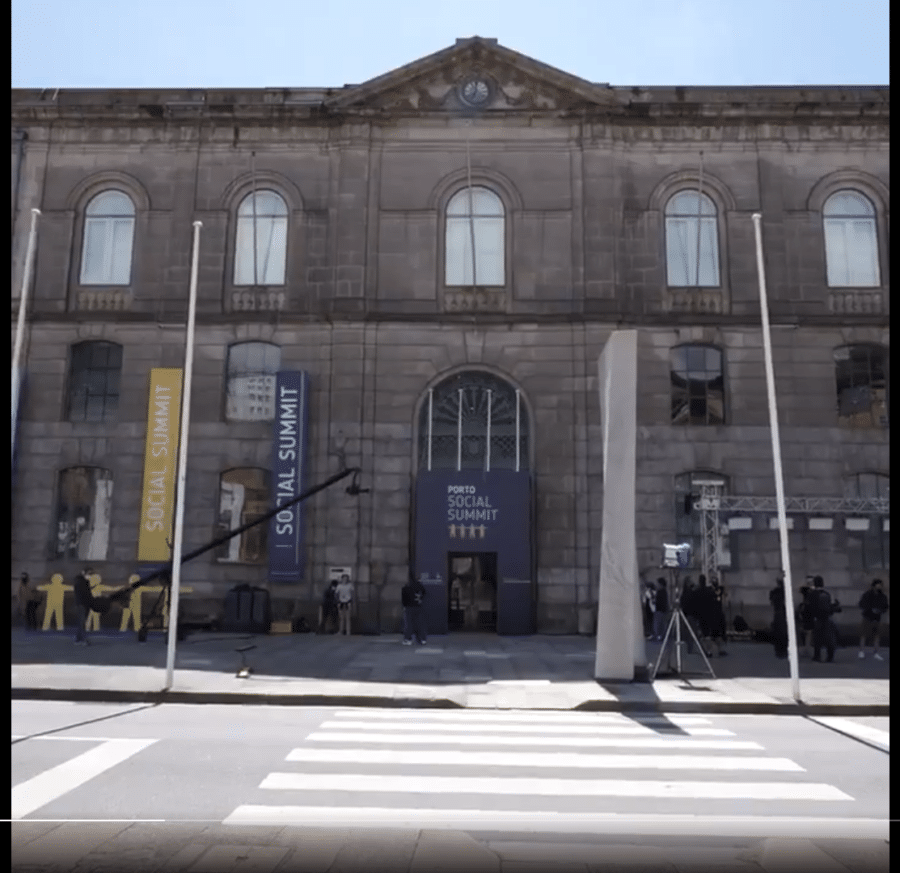 All eyes today will be on Porto as Portugal hosts the EU ‘Social Summit’ – a meeting focused on setting the European agenda for the next decade “and ensuring that we face the challenges of the present and of the future leaving no one behind”.

The PR leading up to this moment has been stellar: this is the ‘high point of the Portuguese Presidency of the Council of the European Union”, says the blurb. In fact the India Summit was meant to have been ‘the jewel in the crown’ of the Portuguese presidency but that fell dismally by the wayside as India was floored by its total lack of preparedness for the Covid pandemic.

Thus today’s meeting, in which European Commission president Ursula Von der Leyen will be present along with other EU dignitaries, is the ‘moment’ for Portugal – the first and possibly only major event during the six-month presidency that hasn’t taken place virtually. This time chairs, halls and rooms will be filled (in compliance of course with health authorities regulations) and the Action Plan for the European Pillar of Social Rights will be discussed, if not ‘fully embraced’, by Member States, European Institutions, social partners and civil society.

The Action Plan, presented by the European Commission in March, proposes a number of initiatives and three main targets to be achieved throughout Europe by 2030:

It’s unfortunate that this much-anticipated event goes ahead as nationally the fact that Portugal has been turning a blind-eye to immigrant slave labour in agriculture for well over a decade has suddenly come to the fore.

But that’s ‘life’: all the PR in the world cannot change it.

Indeed, the morning began with various protests in place – all highlighting just how far social equality has to develop in Portugal. Four police syndicates were in attendance to demonstrate their discontent, as well as a contingent from the CGTP (general confederation of Portuguese workers).

Before the summit, the syndicate of ‘all nurses united’ (Todos os Enfermeiros Unidos) sent a letter to Ms Von der Leyen to cite the lack of ‘worth’ they feel has been given them by the government, and which has caused 1,300 professionals to quit the profession during the pandemic.

The summit however has ‘electrified’ Porto in terms of business, with the hospitality sector basking.

The next few days will be full of soundbites on what has been achieved, while security of the event is said to be “redoubled”, and INEM is “stationed at the doors”, ensuring no-one gets through without a negative Covid test.