Portugal Resident
Home Society Opinion All aboard for COP27 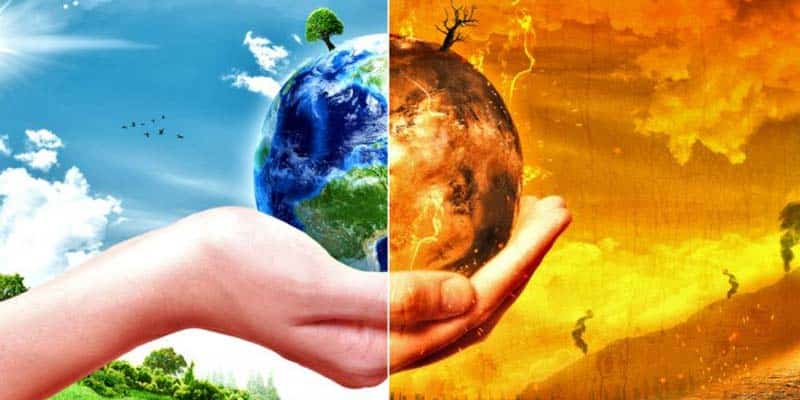 Look no further afield than Portugal to find a compelling case study of the devastating effects of climate change on population, agriculture and the wider economy.

With so little rainfall by June this year, 96% of Portugal was classified in extreme or severe drought. By mid-July, many interior and southern areas of the country experienced days of record-high temperatures around 47ºC. The naked eye could practically follow water levels dropping in reservoirs across the country.

Exceptionally dry conditions were propitious for voracious forest fires, particularly difficult to stamp out in extreme heat. As crop yields shrank, a simultaneous increase in demand for irrigation placed further strain on scarce water resources. Industries such as the wine industry took a hard hit, with one leading Douro producer harvesting insufficient grapes to operate three of their wineries.

The heat of last summer was followed by unusually high rainfall, and flooding. Portugal has by no means been the only European country to have a challenging year in climate terms: prolonged extreme climate events in Spain, France, Greece, and even Northern Europe such as the United Kingdom, all demonstrated that we are now living in a period of enormous and accelerating change.

Portugal’s National Roadmap for Adaptation 2100 (RNA 2100) is due for completion by December 2023 – none too soon you might think. RNA 2100 examines the impact of climate change based on three different scenarios, makes adaptation recommendations and discusses the socio-economic cost of inaction. In the meantime, the State Budget for 2022 has allocated €3.8 billion for the environment and combating climate change, a welcome 30% increase on the 2021 budget.

It is estimated that in a scenario with global warming of 4.3% by the end of this century, Portugal’s GDP could contract by up to 7.75%, with shrinking of sectors such as agriculture and tourism.

Around this time of year, an international meeting takes place known as COP, the United Nations Climate Change Conference. The 27th edition, COP27, opened today (November 6), in the Egyptian resort of Sharm El-Sheikh. Alongside world leaders such as Presidents Biden and Macron, or European Union President Ursula von der Leyen and Indian Prime Minister Modi, Portuguese Prime Minister António Costa is attending, accompanied by his Minister for the Environment and Climate Action, Duarte Cordeiro. At the United Nations General Assembly, in New York in September, Costa called for a more “inclusive” sharing of the costs of adaptation to climate change, whereby wealthy industrialised nations would assist vulnerable poorer nations.

The latest British Prime Minister, Rishi Sunak, has also decided to attend COP27, after a week of dithering claiming he needed to remain in Downing Street to focus on the UK economy and had no time for international hand pumping events.

This was missing the point. Completely missing it. Climate change affects the entire global population, wealthy or not (this week there has again been flooding in London, causing travel disruption) and, as such, is a matter of burning relevance to all citizens and an area which requires inspired, creative leadership.

From now on, every economic or fiscal decision a government takes needs to be planned through the lens of climate change. Don’t expect a narcissistic elderly autocrat to get it, but everyone else should. It is disgraceful the outgoing President of COP, Alok Sharma, responsible for the relative success of COP26, held in Glasgow under UK Presidency, has been removed from the UK cabinet, the very table at which a Climate Minister needs to sit, preferably next to his colleague for Finance.

Another shocker is that King Charles has been ‘advised’ not to attend COP27, a myopic decision taken while Liz Truss was in Downing Street, but which Sunak has not seen fit to reverse.

Does the new Prime Minister feel threatened by the king’s profound knowledge of climate change, or even perhaps by the monarch’s charisma? Again Sunak is missing the point here.

In tricky situations – for example appalling economic mess and cascading climate collapse -, you need to make the most of your key assets. Put the king on a plane and give him a microphone! At Sharm El-Sheikh, Sunak may however find it difficult to avoid bumping into Boris Johnson: “dear oh dear… anyway!”