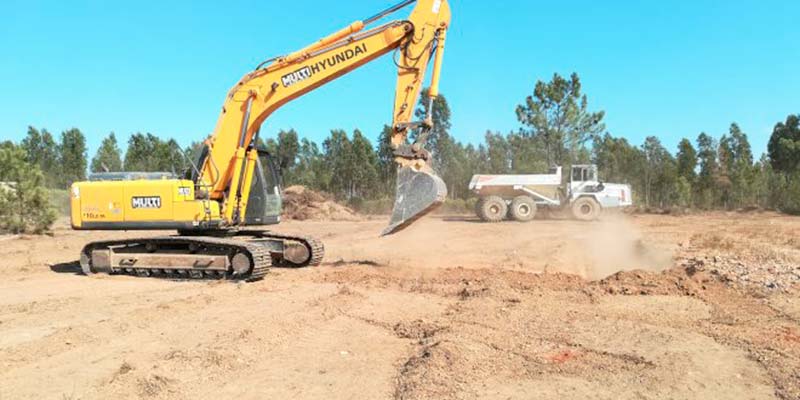 Work on the first five-star wellness resort for the west coast borough of Aljezur is at last underway after years of frustration and delays.

But no sooner had the heavy-machinery moved in, than rumbles began over the town’s social media pages.

“Praia do Canal was one of the wildest beaches on our coastline”, wrote a well-known conservationist. “Now we are confronted by an environmental assault with a licence passed by the council. Is there no one brave enough to stop this?”

The post elicited a wave of criticism, but in truth developers – who in the words of Público already run two of “the most beautiful hotels in Funchal (Madeira)” – say they have every intention to maintain the local environment as much as possible.

“We love Aljezur”, CEO of Leacock Investimentos SGPS Afonso Tavares da Silva told the Resident. “The last thing we want to do is come in and spoil anything.

“We are aiming for a low carbon footprint which although it has clear benefits in the long term does have a higher initial capital outlay”.

Thus the objective – costing around €10 million – is a top-quality “wellness and nature hotel” designed to “blend in with the surrounding landscape”.

The 114-bed resort will be single-storey, constructed in ‘bungalows’ very much based around the botanical and garden tourism concept that the group already has at its award-winning hotels in Madeira.

“We believe that people these days look for authenticity and differentiation. The real luxury now is space and tranquility”, said Tavares da Silva.

As to local criticism, he stressed that the hotel “won’t even be visible” from the beach area. It is set back 1.5 kms within the 220-hectare site purchased by the company around 12 years ago.

The council at the time gave the project its green light, but it then ran into all kinds of procedural issues with other authorities, principally those regulating the Costa Vicentina natural park.

Social media ‘outrage’ seems to centre on belief that the park will be eroded by development of any kind. Leacock Investimentos’ point of view is that natural heritage when left to go wild can end up ‘losing its value’ – as invasive vegetation takes hold – and becoming a fire risk.

That said, the time for objections has long since passed. The new hotel is due for completion in 2020, and has certainly been a ‘labour of love’.

“If we hadn’t already owned the land, we would probably have pulled out years ago”, said Tavares da Silva. “It has been a marathon trying to get the project passed all the relevant entities, and now we just looking forwards.

“People shouldn’t be worried”, he stressed.

On a plus-note, a force behind the emerging residents’ association coming together to try and preserve the make-up of the historic town, has welcomed the news.

“A luxury hotel will be a great deal less intrusive than the wild camping that we have here which destroys everything and brings no money into the borough whatsoever”, observed university lecturer in architecture at Lisbon university Maria João Pereira Neto.