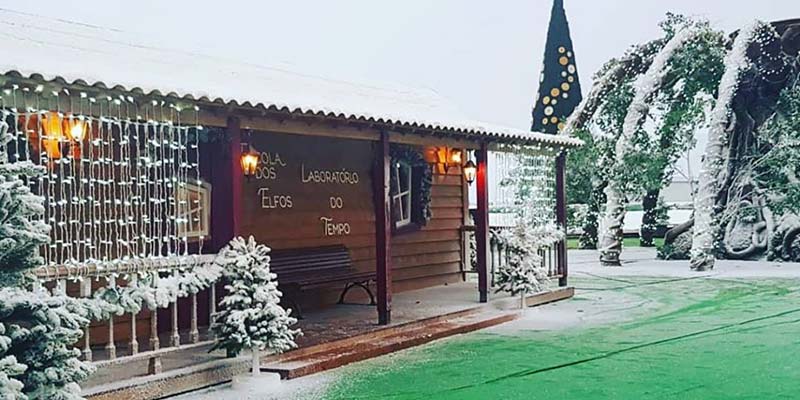 Hundreds of people visiting a Christmas experience dubbed “Capital do Natal” in Algés, outside Lisbon, have complained that the event is a fraud.

TSF radio reports that Oeiras council is now “establishing the facts”. Organisers themselves have sought to blame advertising for “creating false expectations”.

Needless to say a furious Facebook page has united hundreds of people clamouring for their money back. TSF radio claims they are Spaniards, but a quick look at the page sees commentary from Portuguese as well, attesting to the theory that false advertising here, and in Spain, is at the root of the problem.

“We have all been robbed”, says one Portuguese contributor to the official “Capital do Natal” page.

The problems? Visitors were promised ‘real snow’ and a taste of the magic of Christmas like no other available in Europe.

The reality? Explain reports, on the event’s official Facebook page you can read comments like: “First of all, congratulations on the marketing for this event, for the press that deceived people”; “I would like to know where I can complain about this event”; and “You could have published photographs of yesterday, of the totally mud-filled tracks that people’s feet sank into… of the impossible queues, the closed kiosks, the pseudo-snow and the children seeking a Father Christmas who wasn’t called to the party…”

At issue now is whether the event will indeed continue until January 12 as planned, or whether the calls to have it shut down will be successful.