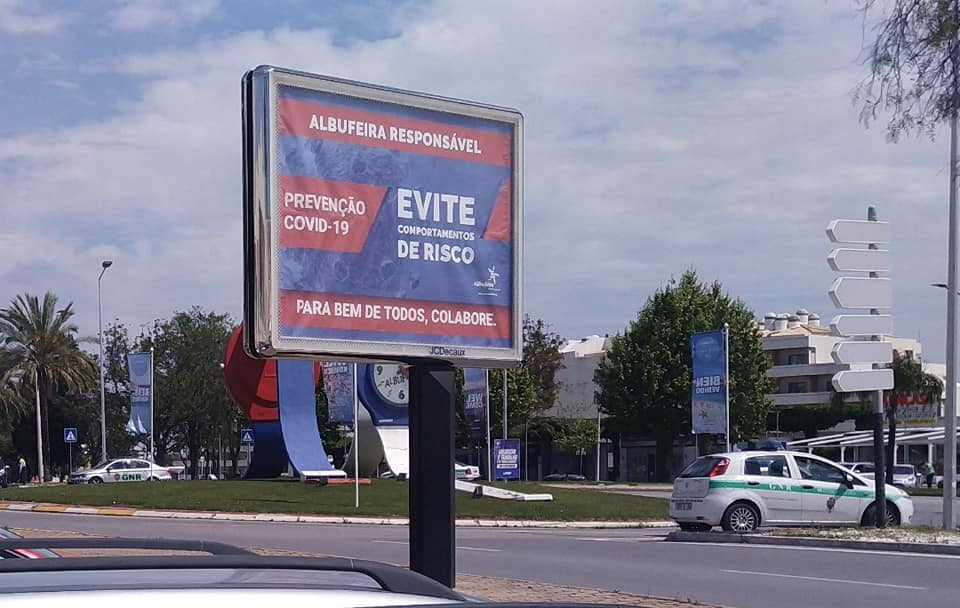 In a distinctly un-seasonal Easter message, Algarve business association Algfuturo has come out fighting… against what it calls “invaders’ (meaning holidaymakers) which it says ‘must leave now’.

Referring to the relatively few people who have broken lockdown restrictions to travel to holiday homes in the Algarve, Algfuturo claims “Algarvians are disgusted”.

It is a statement that contradicts the position of Algarve association of municipalities AMAL, which has essentially said: “We have noticed there are some people here who have not taken the government’s advice to heart, but we hope they behave like Algarvians” – meaning, remain within the confines of their homes.

AMAL president António Pina stressed when he gave a statement that his association didn’t want to “create alarm”.

Not so Algfuturo which came out with a no-holds-barred statement declaring if ‘invaders’ were sent packing ‘today’, the problems of community transmission in Albufeira would be solved (click here).

Several national media outlets picked the story up over the weekend, leading with  headlines suggesting Algarvians generally are “disgusted”. To be fair, the fury does seem to be coming in the main from Algfuturo.

The association’s statement calls for tougher penalties for people arriving for the holidays. It rails against the lack of any controls at the airport for so many weeks while the virus took hold, and it laments the lack of study into the “immigrant communities in the region” which it claims have been “most affected” (this clearly being a reference to the agricultural workers employed in greenhouses that have indeed been hit by infections and habitually live in extremely precarious conditions).

Algfuturo stresses that its tough words result from “taking facts into account, direct information and ‘listening to Facebook’.

Released on Good Friday, the demands have clearly not been met. These were that by 3pm on Good Friday everyone who arrived in the region “unduly” should have been forced to abandon the Algarve and face penalties to boot.

But Algfuturo’s statement went beyond shaming ‘invaders’. It called for a sanitary cordon to quarantine the people of Albufeira if it is confirmed that the virus is out of control in the borough. It also wanted ‘guarantees’ that immigrant communities would be ‘monitored’ through the crisis.

The association whose motto is to ‘rekindle hope’ in the region ended its litany of “protest and indignation’ calling for the need to “define criteria and advance with large-scale testing in the Algarve’.

So far there doesn’t appear to have been much in the way of response to Algfuturo’s statement, though commentary on Facebook has been diverse, with many rallying to the ‘expel them all’ cry and others pointing out that the streets are still deserted, so any ‘holidaymakers’ who arrived here must be enjoying themselves very quietly.