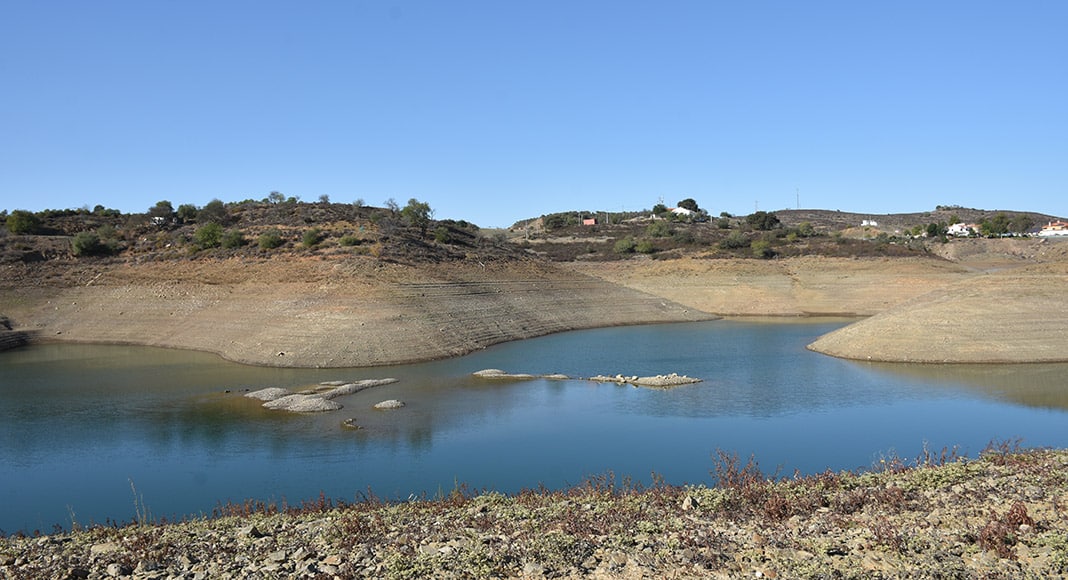 A new stark warning about the Algarve’s depleted water reserves has been made this week following the announcement that they will only last until the end of this year.

The situation would be even worse had there not been a 9% year-on-year decrease in water consumption in July, the vice-president of regional water authority Águas do Algarve (AdA), Pimenta Machado, told Jornal de Notícias.

Meanwhile, the Funcho dam in Silves was used as a “strategic reserve for public supply”, which helped increase the water level at the important Odelouca dam. At the end of July, the dam was at 55% of its capacity after having dropped to just 35% last November.

However, the situation is dire, particularly in the Eastern Algarve at the Odeleite and Beliche dams, which are at 32.1% and 39.1% of their capacity, respectively.

Citing a report from the government’s working group in charge of the Permanent Committee for Drought Control, JN reports there is the possibility of using the water from these dams “exclusively for public consumption”, if the situation worsens.

It would mean that the water from these dams would only be used for human consumption, and not for other means such as agriculture or golf courses.

The Algarve’s ongoing water woes have been the source of much discussion about which strategy is the best to solve them.

Local leaders have called for the construction of more dams, however, in February, the environment minister said building more dams wouldn’t solve the Algarve’s water issues and that the solution lies in more efficient water management as well as the construction of a desalination plant (click here).

Águas do Algarve has said often that it does not want to alarm people, although it must warn them about the importance of saving as much water as possible.

“Simple acts like turning off the tap when you’re brushing your teeth or washing your hands or taking shorter showers can make a world of difference.”