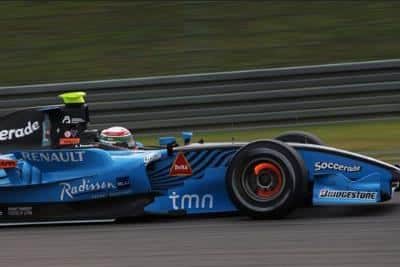 International motor racing resumes at the Algarve’s state of the art track to the west of Portimão with the latest World Championship round of the FIAT GT from next Friday, September 11.

Then, on the 18th of this month, follow three days of FIA GT and GP2 Series action, while October has the well-publicised Algarve Historic Festival on the 16th, 17th and 18th.

The new facility’s undoubted first year crowning moment will be the final and decisive laps of the 2009 World Superbike and Supersport championships taking place over the weekend starting on Friday, October 23.

The excitement should reach fever pitch as the track’s very own Parkalgar Honda team is in close contention for the Supersport title.

Golf enthusiasts in the Algarve and all over Europe will be eagerly anticipating the Portugal Masters to be played out for the third consecutive year on the Oceânico Victoria course in Vilamoura between October 15 and 18. The three million euros distributed to the top finishers at this PGA European Tour event will play a big part in determining which players go forward to qualify for the season-ending Volvo Masters climax.

On horseback, the international showjumping elite will return to Portimão’s Belmonte Equestrian Centre on the 18th, 19th and 20th of this month while the national big game fishing season draws to a close with tournaments in Vilamoura this weekend, Lagos (12th and 13th) and finally Portimão one week later.

The last named city will not, however, stage the last round of the P1 Powerboat championships at the end of the month as in previous years – that event takes place off the coast of Sicily next weekend and can be watched on Eurosport.