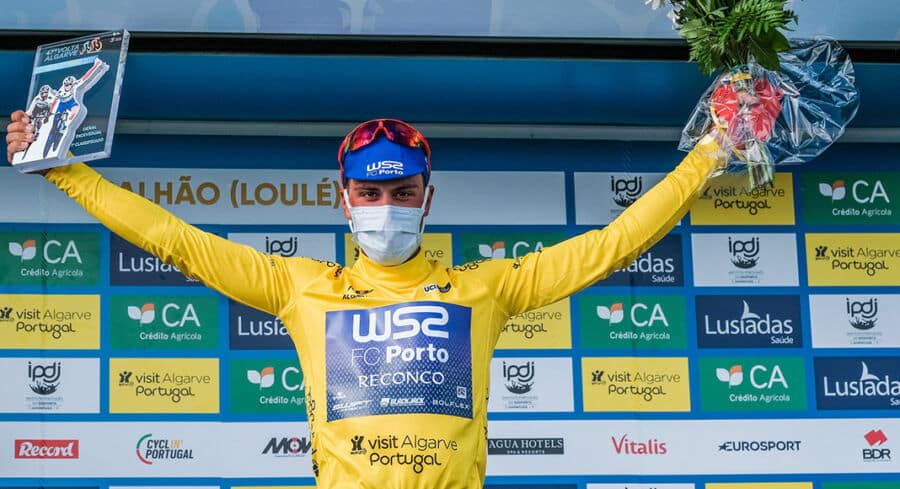 João Rodrigues, the 26-year-old cyclist from Faro, became on Sunday the first Portuguese rider to win the Volta ao Algarve cycling competition since João Cabreira in 2006.

Rodrigues was able to snatch the victory away from Ethan Hayter who was the overnight leader going into the fifth and final stage of the race, having outperformed the Briton in the last few kilometers of the 170km stage between Albufeira and Malhão in Loulé.

Finishing in third in the overall standings was Danish rider Kasper Asgreen, with Spain’s Jonathan Lastra and France’s Elie Gesbert rounding out the top-five.

Gesbert was in fact the winner of the final stage, but at that point Rodrigues was already content knowing that he was taking home the general classification victory.

“I am very happy after the effort of my team. Even more so because it is the Volta ao Algarve, and being an Algarvian, it is special. I always aimed to win here,” said Rodrigues after the race.

The first stage took place between Lagos and Portimão (189.5km) and saw Sam Bennett take an early lead in the standings.

Ethan Hayter celebrated victory in the second stage the next day, which saw riders cycling more than 182 kilometres from Sagres to the Fóia peak in Monchique.

Day three saw Bennett take the lead once more in a grueling 203km race from Faro to Tavira, while Kasper Asgreen won the time trial in Lagoa on Saturday.

And while the last victory of the competition went to Elie Gesbert, it was João Rodrigues who scored the best overall time and was crowned the winner.