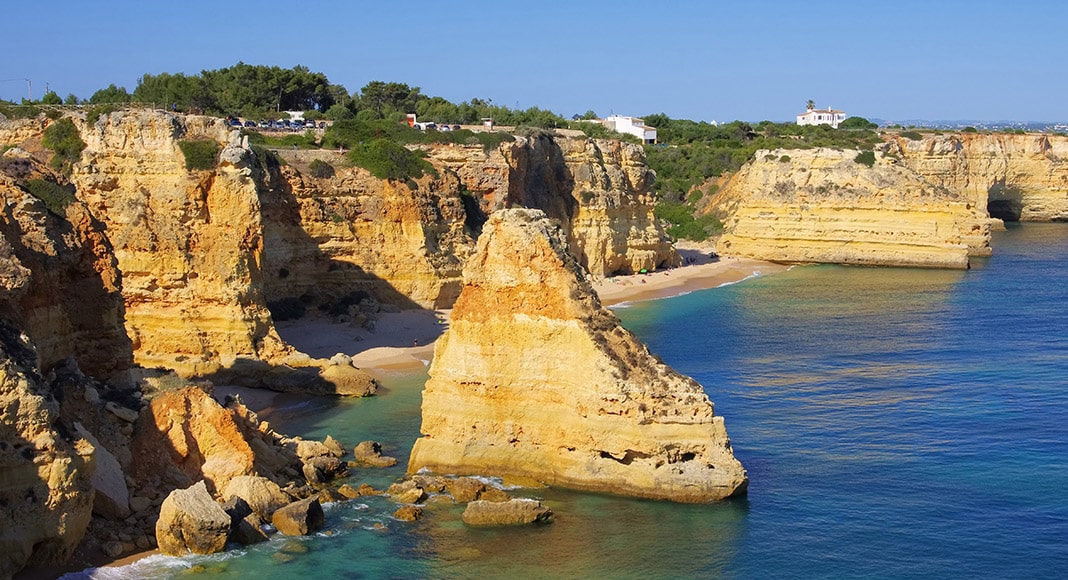 The Portuguese Environmental Agency (APA) has revealed the maximum number of bathers allowed on each beach at any one time in the Algarve and Tejo e Oeste regions.

The goal is to ensure everyone keeps a safe distance from each other as Portugal tries to return to some kind of normal for the summer season.

The maximum capacity of each beach was calculated based on its size, tides, social distancing rules (8.5 metres for each person) and other factors relating to coastal risks, such as the existence of cliffs, revealed APA.

Faro and Monte Gordo beaches in the Eastern Algarve (Sotavento) stand out as those with the largest capacity – 12,600 bathers allowed on each at any one time – in the region.

Portimão’s Praia da Rocha is the beach with the largest capacity (8,800) in the Western Algarve (Barlavento).

On the other hand, popular beaches such as Marinha in Lagoa, Arrifes in Albufeira and Camilo in Lagos are described as “limited use” beaches. In other words, as they are smaller, there will be bigger focus on making sure they do not become crowded. For example, Marinha will be limited to just 15 people at a time.

On the opposite end of the national spectrum is Praia da Nazaré, the beach with the largest capacity – 17,000.

APA says that the maximum capacity for the remaining beaches in Portugal will be revealed soon. In the North, the bathing season will only begin in the second half of June.

The environmental agency also said that determining the maximum capacity of beaches is a “complex exercise” that may be lead to rules that beachgoers will find difficult to understand and follow.