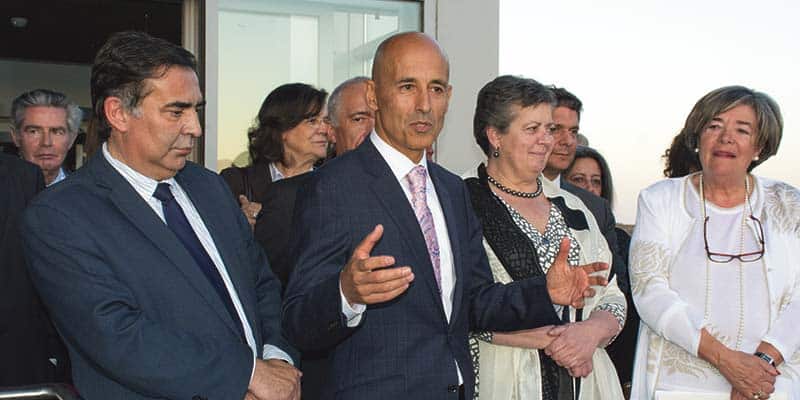 A new fish freezing factory, described as the largest of its kind in the Iberian Peninsula, was inaugurated in Lagos on Friday (March 22) – just one day before Lagos, Aljezur and Vila do Bispo committed to signing an agreement to “protect and value the sea as an invaluable resource”.

The factory has created 75 jobs and aims to export around 15 tons of Portuguese ‘carapaus’ and ‘cavalas’ (types of mackerel) to Spain, the UK, Malta and Turkey by the end of 2019.

It is owned by Grupo Battaglia Capital which invested €16 million in the project – €6.5 million of which was covered by the Operacional MAR2020 programme.

After three decades of living in the USA, Lagos-native Nuno Battaglia returned to his hometown to launch a business that he says is built on the concept of “sustainability”.

“We use fish species that are underappreciated and underused and which exist in abundancy in our seas,” he told reporters during the inauguration ceremony, which was initially scheduled for July 2018.

The factory is equipped with state-of-the-art freezing equipment and can process 300 tons of fish and produce 24 tons of ice a day while also being able to store between 3,400 and 5,400 tons of fish.

Battaglia added that he also has projects to set up fish farms to produce sea bream and sea bass in the Alvor estuary and investments in the tourism and real estate sectors.

Portugal’s Sea Minister Ana Paula Vitorino attended the inauguration ceremony and stressed that “the economy of the sea is one of the priorities of this government”.

The minister also applauded Grupo Battaglia for its sustainable strategy.

“Businesses cannot survive these days if they do not have environmental sustainability criteria,” she said, adding that it is important for the Algarve to develop other sectors apart from tourism.

“We have to have alternatives. No region should remain a ‘hostage’ of just one economic activity,” the minister told reporters.

Also present at the opening was Lagos mayoress Joaquina Matos, who said that the event will be a moment that will be “remembered” because “it is not every day that we witness the opening of a factory of this size”.

“It’s a sign that Lagos is attractive enough to spark the interest of investors, keep companies here and generate wealth. The factory will significantly bolster the revival of an industry linked to the sea, which is in the DNA of the people of Lagos,” she added.

Meantime, just a day after the factory opened, the Terras do Infante association committed to creating a “letter of compromise to value and protect the sea as an invaluable resource”.

The association, which includes the municipalities of Lagos, Aljezur and Vila do Bispo, said that the initiative is open to all entities or businesses.

The goal is to promote the sea as an economic activity that still has a lot of room to grow through activities such as fishing or nautical sports, but also to protect the sea from the “serious and increasingly worrying problems it faces such as climate change and ocean acidification”. 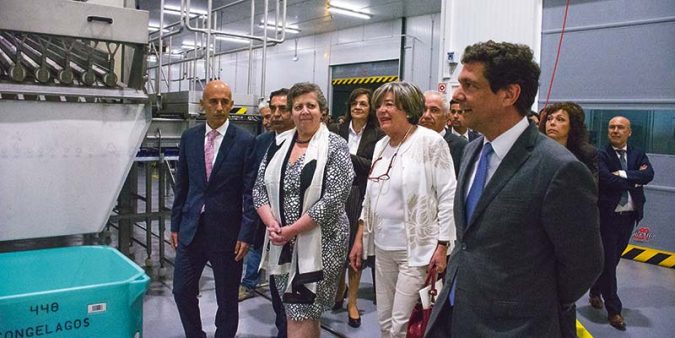 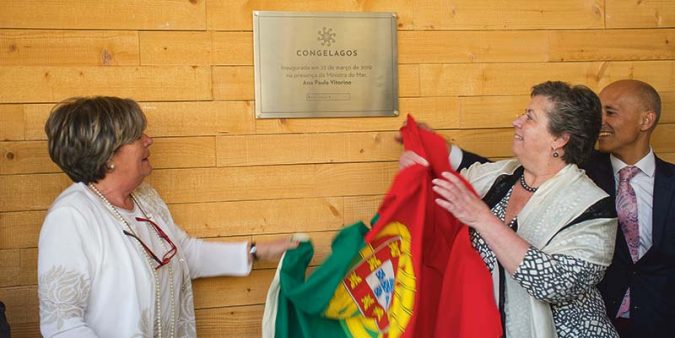