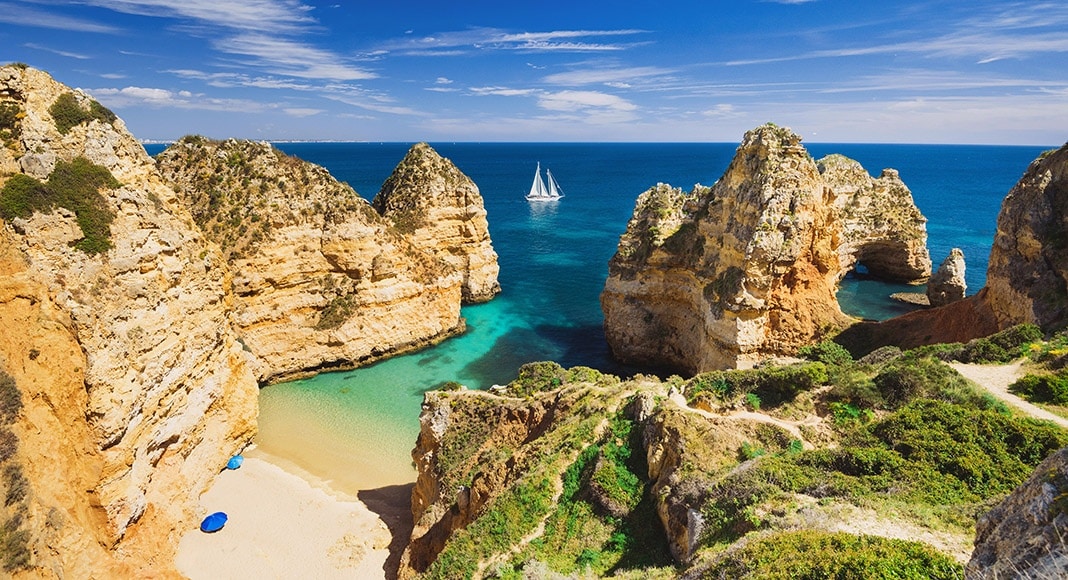 Thanks to a well-aimed promotional campaign, the number of German tourists visiting the Algarve during this ‘almost schizophrenic’ pandemic year has almost doubled.

According to ATA, the association of tourism in the Algarve, a recent ‘flash sale’ designed to gather reservations till the end of October “registered an enormous response”.

Sales in the market that is now firmly the Algarve’s second highest source of foreign visitors increased by 94%.

The campaign has been run in collaboration with German airline Eurowings which operates eight routes into Faro from different German cities.

Meantime, Turismo do Algarve’s campaign has also been targeting other markets, with the use of a video translated into various languages (see English and German versions).

The German version has already had over 120,000 views, while the campaign has been focused on a number of niche markets including golf, nature, cycling, culture and gastronomic tourism.

Explains Algarve tourism boss João Fernandes, the beauty of the German tourist is that he/ she visits during the low season and has a wide range of interests.

More than ever it will be this kind of tourist that “helps the Algarve recover its tourism”, he said.

For now, an extra €100,000 is being ploughed into the Algarve’s online campaign focused on wooing the German market through the autumn. In total around €1.8 million has been invested this year in this growing market, with Turismo do Algarve contributing with half this amount.

Last year, the Algarve received around 350,000 German tourists which translated into what are described as 1.9 million ‘sleepovers’ – an increase of 15% on figures for the previous five years.