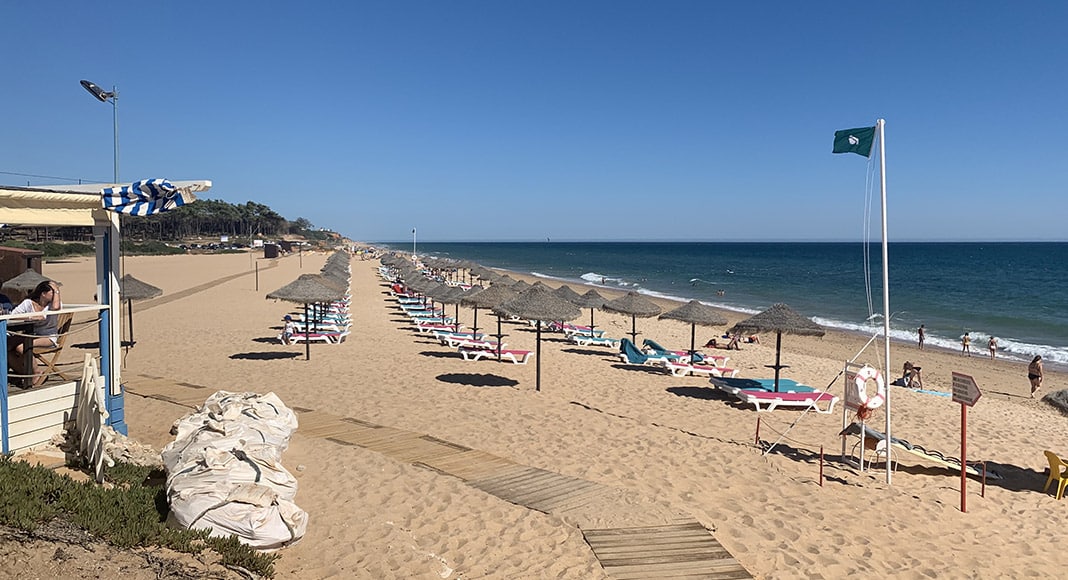 President Marcelo has lamented the British decision to bring back quarantine to nationals spending their holidays here, saying it damages the country as a whole and punishes the Algarve unjustly.

But the head of state defined by his sense of ‘realistic optimism’ stressed that “happily, the decision does not affect Madeira or the Azores”.

And to be fair, the return to the British travel blacklist was expected (click here).

Marcelo’s message to hoteliers with whom he will be meeting this weekend is “let’s look to the future” and hope this decision plunging the knife back into the heart of Algarve tourism is “rapidly overcome”.

Says Diário de Notícias, the President hopes to give the industry “a message of resilience” and of the need to have eyes fixed on a brighter horizon.

The British decision – which means that any nationals returning to UK from Portugal after 4am tomorrow (Saturday) morning will be bound to remain 14-days in strict self-isolation – prompted a statement from the British Embassy in Lisbon which stressed “We regret the impact these decisions will have for the Portuguese community in the UK as well as the Portuguese tourism industry and look forward to being able to reverse these measures when public health conditions allow”.

And this is basically what authorities here will now be working towards.

As President Marcelo explained, “in terms of numbers there is not an equal situation between the large metropolitan areas and the rest of the country, in particular the Algarve”.

Lisbon and Vale do Tejo and areas around Porto are the ‘virus hot-spots’ while areas of the interior, Alentejo and Algarve register a much lower rate of infections.

British authorities, however, have doggedly refused to consider countries in terms of regions, though they are now exempting islands where caseloads are low.

Equally disappointed by the British decision, foreign affairs minister Augusto Santos Silva tweeted: “Our sanitary regulations and the efficiency of our SNS health service have shown themselves to have controlled the effects of the pandemic”.

“Portugal will continue to provide all information on the evolution of the epidemiological situation in the spirit of total transparency that has characterised our dialogue with the United Kingdom”.

But the bottom line is that more cancellations will be pouring in just as the country – and to a greater degree the Algarve – had been looking forwards to a new sense of optimism through September, traditionally a month where middle-aged and retired Brits spend extended late-summer holidays here.