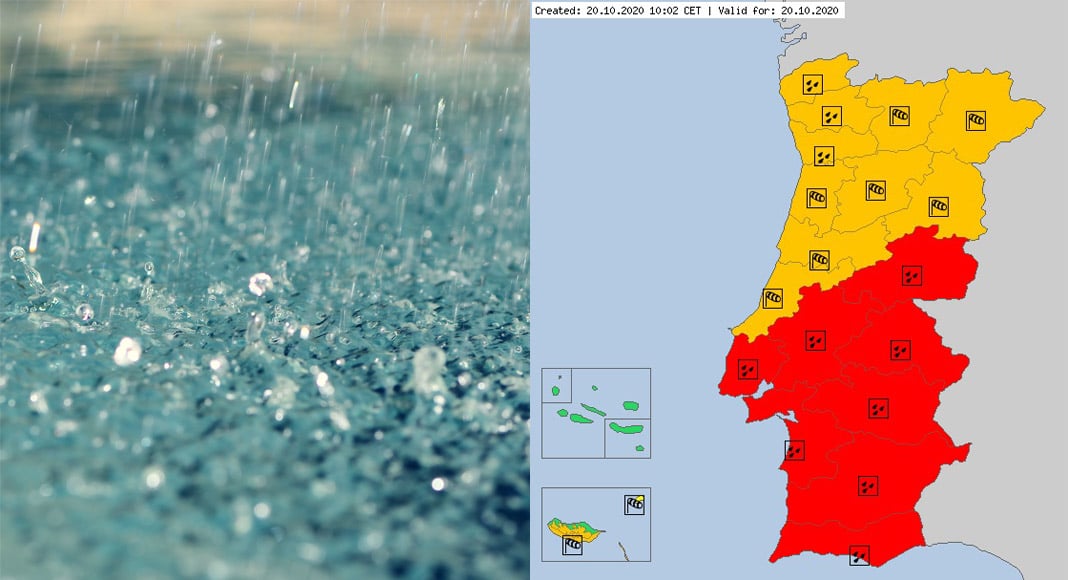 The Algarve has been placed under ‘red alert’ today as Depression Bárbara continues to batter most of mainland Portugal with heavy rainfall and strong gusts.
Évora and Beja in the Alentejo have also joined Lisbon, Setúbal, Portalegre, Santarém and Castelo Branco as the Portuguese districts under the most serious weather alert.

The rest of mainland Portugal is under ‘orange alert’ due to the rainfall as well as strong winds which could reach 110kms per hour in some coastal areas in the south and centre.

On his Meteofontes Facebook page, local meteorologist Bruno Gonçalves said this morning that the situation could become “complicated” in areas that are prone to flooding, especially if the rain falls strongly during high tide.

But as long as the heavy rainfall does not cause any issues or damage, it will certainly be welcomed in the Algarve where dams, especially in the Eastern Algarve, are reaching new lows.