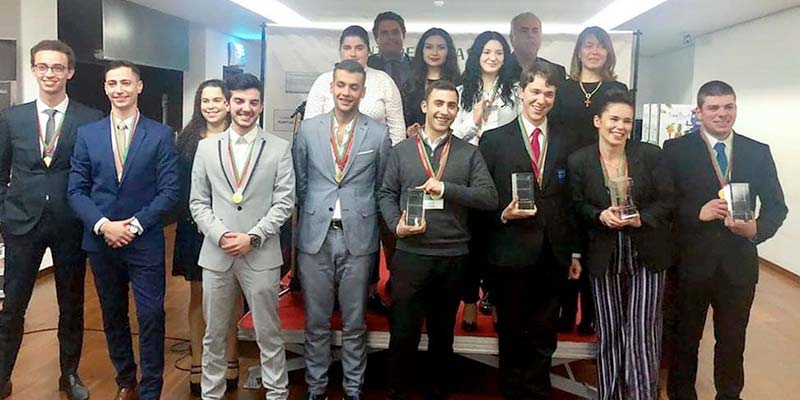 Two students from the Algarve’s Hotel and Tourism School were awarded top prizes at the national ‘Interescolas’ competition which was held last month in Caldas da Rainha.

Bruno Fernandes, 19, and André Eugénio, 24, came first in the categories of ‘restaurant’ and ‘entrepreneurship’, respectively.

André Eugénio said the contest tested his “improvisation skills, management, teamwork and communication” and that there was healthy competition, with contestants advising each other.

Their feat was praised by the head of the Algarve Hotel and Tourism School, Paula Vicente, who said the awards were a “reflection of the enormous dedication and commitment of these students over the last semester”.

“We are always proud to see the work that is developed at our schools awarded,” she added.

The competition is held every year and was attended by around 150 students from the 12 hotel and tourism schools managed by Turismo de Portugal, the national tourism authority.

The goal is to award the best performers in a number of categories including hotel accommodation, bar, apprentice chef, hotel management and more.

Bruno and André will now be travelling to Split, Croatia, in November to take part in the annual competition of the European Association of Hotel and Tourism Schools.