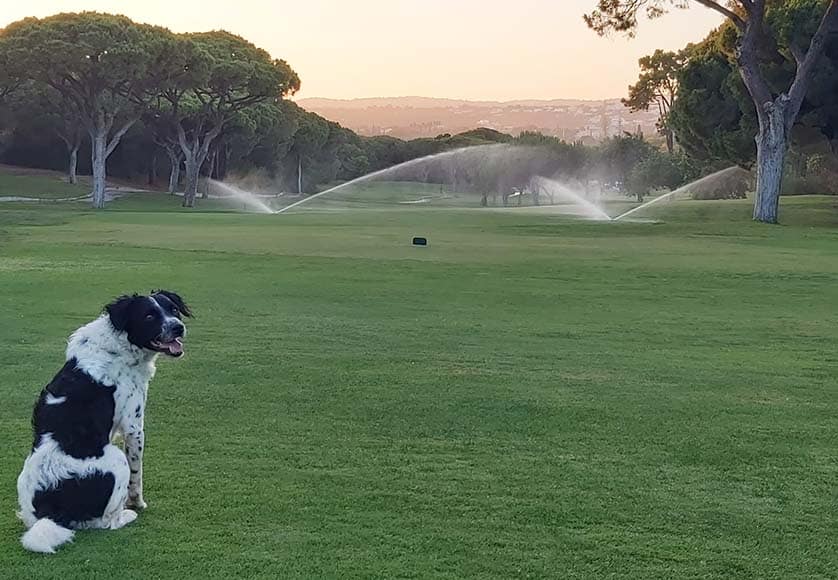 A Scottish family-of-four enjoying a holiday in the Algarve has returned home with more than just great memories.

The Robertsons (father John, mother Lesley and children Grant and Amy) have decided to adopt a stray dog they fell in love with during a one-week stay at Prado Villas in Vilamoura between June and July.

The family has returned home while Dougal (as he has been lovingly named after the Scottish pronunciation of dog) has stayed behind to receive all his vaccinations and passport. He will be travelling to his new home in September.

Dougal had become something of a resident dog at the resort in recent months. Whilst many tourists “had been taken by him”, the Robertsons forged a particularly special bond with the adorable pooch.

“He was very nervous and difficult to get close to, but this family managed it,” Ian Williams, the resident pro golfer at Prado do Golf & Prado Villas, told the Resident.

The special connection happened on the family’s very first day of holiday.

“It wasn’t a case of my family finding Dougal, it was more he found us, if you know what I mean,” John Robertson told us.

“On the very first day, my son Grant bonded with Dougal and the bond grew stronger every day. They were inseparable. Dougal would be at the villa all the time we were there, either playing with Grant and Amy or just relaxing in the sun with myself and Lesley,” he said. 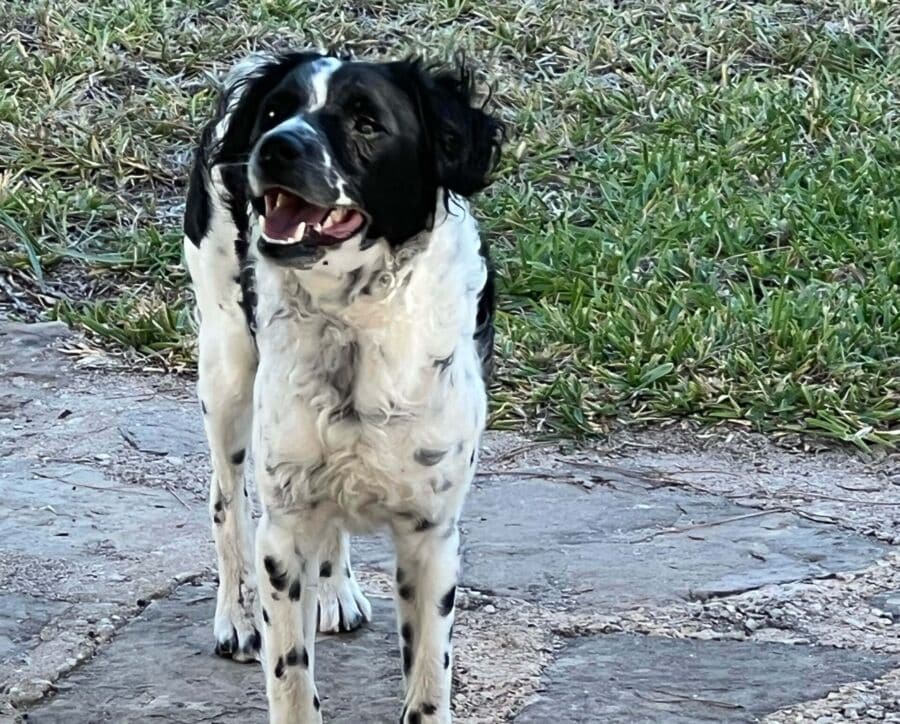 “It was Ian that pointed out how amazed he was that we were so close to Dougal and could stroke him and pick him up, as nobody has gained his trust like that there,” John added.

But it was only when Ian told them that someone had already tried to adopt Dougal when he lived on the beach, but was unable to get close enough to take him, that they decided to make him an official member of the Robertson family and “give him the life he deserves”.

“He’s a very gentle dog. It was brilliant to watch how patient he was while playing with my nine-year-old daughter. It’s clear he has a lot of love to give but unfortunately something has gone drastically wrong in his life for him to be left as a stray,” said John.

Dougal – who according to the vet’s estimate is around three or four years old – will now stay at a dog hotel before travelling to Scotland in September, due to transport availability and financial reasons.

John Hammond, the resort owner, has agreed to pay half of the transportation costs, while the team at Prado Villas have clubbed together to buy him a bed, toys, and a cool mat until his departure.

“We at Prado Villas will all miss him, but he is going to such a better life and a loving family to look after him,” said Ian.

Meanwhile, John Robertson has thanked the Prado Villas team for their help.

“This adoption is only being made possible due to the help of Ian and his wife Sheena from Prado Villas. If it wasn’t for their intervention, I don’t know if we would be able to make this happen,” he said.

Dougal’s new home will be in Callander, a small country town around 16 miles from Stirling in Scotland.

“It’s the ideal place for Dougal to live, as there’s an abundance of walks and we have a large garden on the riverbank,” said John.