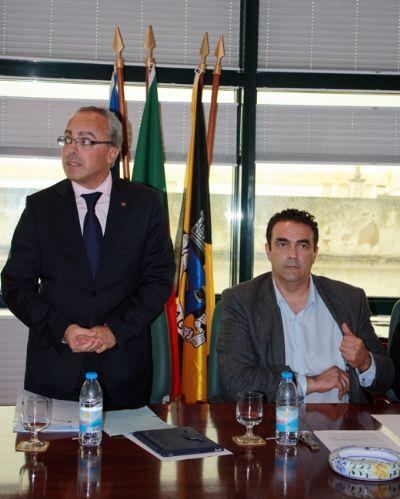 Despite the constant mantra of ‘there is no money’, the Algarve’s coastline is set to receive a whopping €5.4 million face-lift – and further afield, up to €200 million is being spent on the country’s coastline.

Paulo Lemos, secretary of state for environment, said the undertakings show the government’s “permanent awareness” of the country’s coastline, which is “closely monitored” to avoid situations of risks.

Lemos was talking during a visit to the Algarve to approve the construction of a boardwalk on a section of the Carvoeiro coastline, between the Algar Seco area of stunning rock formations and the Forte de Nossa Senhora da Encarnação, near the town’s church.

“By the end of the year, the Portuguese Environmental Agency (APA) is expecting to begin three interventions to reduce risks associated to the Algarve cliffs, and initiate public tenders next month to replenish sand supplies on the region’s beaches,” he said.

The work at Algar Seco – valued at around €212,000 – is expected to be concluded by the end of the year. Renovation work to access routes to Albufeira and Praia da Rocha beaches will also go ahead.

The 570-metre boardwalk will extend along what is considered to be one of the most beautiful strips of the Algarve coast, and will afford extra safety for hikers and tourists.

“The interventions, which are expected to take place in the coming year, include sand replenishment of seven beaches, four of which are in Lagoa (Carvoeiro, Benagil, Nova and Cova Redonda), two in Albufeira (Castelo e Coelha) and one in Lagos (D.Ana).”

With sand-replenishment projects totalling almost €5 million, the government’s total investment in the region’s coastline comes to around €5.4 million.

And on a national level, Lemos revealed nearly €200 million worth of coastal renovation work has been approved, with €60.2 million-worth already underway.