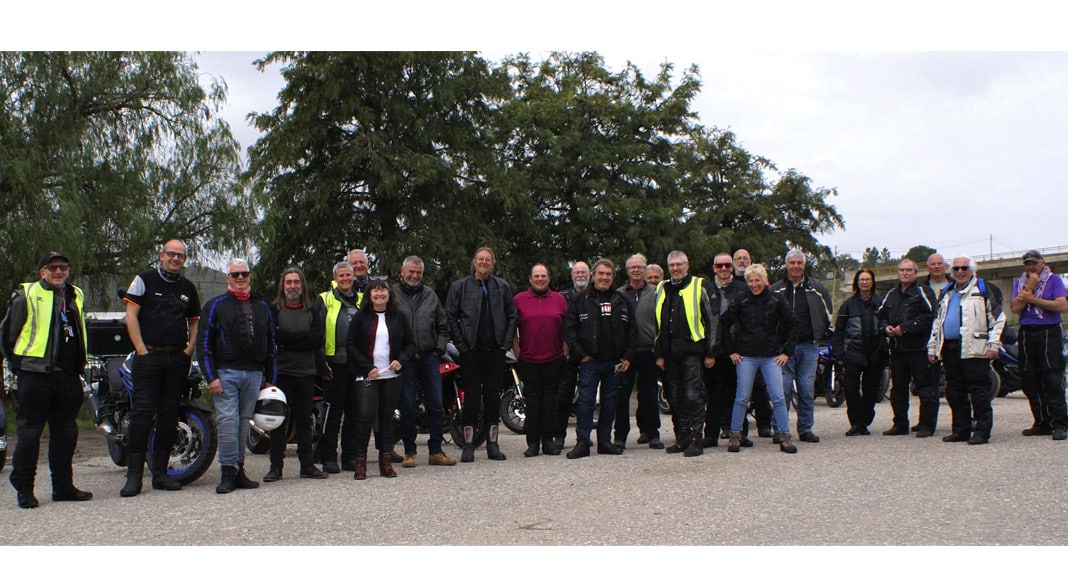 After cancelling February’s ride and delaying the March event due to inclement weather, riders finally hit the tarmac

Having had to postpone and then eventually having to cancel the February ride due to the wet and windy weather, it was good to be able to run the Algarve Senior Bikers (ASB) March event even though it was delayed again by the much-needed rainfall.

The March event was an East meets West format with riders starting from both ends of the Algarve and meeting for lunch at Restaurant O Folclore in Alte.

Always a favourite venue with the ASB members who always enjoy the good food and friendly atmosphere.

West…The riders from the west were led by Andrew Chilton from the start near Odiáxere to the coffee break in São Marcos.

A few more riders joined here and the group split into two to complete the ride. David Shirley led the second group.

Unfortunately, a rare breakdown of one of the bikes caused a delay and this group took a slightly shorter route to make up for lost time. However, all worked out well and everyone arrived within a few minutes of each other at the lunch venue.

East…After a long wait for traffic to clear at the first roundabout, and turning north at the second, the small group had the road to themselves on the M506 out of Tavira. The road soon began to climb into the hills. They passed some interesting properties on the way, swinging round corner after corner and admiring the views on all sides.

One of the motorcycles was unimpressed and clattered to a stop. The rider called for a rescue vehicle and promised to meet us at lunch. The group continued, carefully riding around a heavy rockfall that crossed half the road, no doubt caused by recent heavy rain.

The group was already alerted to loose gravel and rode cautiously. Crossing the bridge at Parque de Merendas de Bentos over Ribeira de Odeleite, the river was flowing strongly, in contrast to the last visit.

Coffee was taken in the rustic village of Vaqueiros, bikes parked in tiny streets.

In Martim Longo, small children looked up as we passed. The terrain became more open and the road faster, heading towards Cachopo. Familiar to most of us, the road took us to Barranco do Velho, just 2km of the N2, then turning onto the N124, heading towards Alte and a delicious lunch at O Folclore.