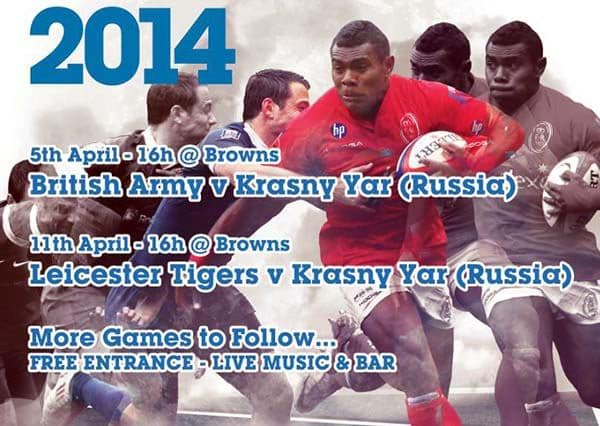 Rugby fans across the Algarve are in for a treat in April.
The Browns Sports & Leisure Club in Vilamoura will be hosting the Algarve Rugby Festival 2014, which will include the participation of world-class teams such as the British Army, the Leicester Tigers and Krasny Yar RC (Russia).
All games will be held on Brown’s official pitch located on Caminho dos Golfes in Vilamoura.
According to organisers, “the event will promote rugby in the Algarve by providing fans with a unique opportunity to watch top-class matches”.
Not only that, but fans will have a pitch-side bar at their disposal for all games followed by live music and barbecues.
For now, there are two scheduled matches. The first will bring the British Army and Krasny Yar RC face-to-face on April 5, starting at 4pm.
The Russians will then take on the Leicester Tigers on April 11, also at 4pm.
More game schedules will follow.
Admission in all cases is free.
www.browns-club.com