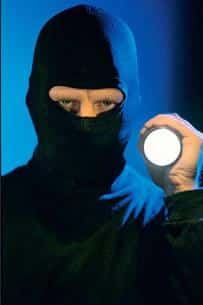 POLICE AUTHORITIES in the Algarve have been registering more house burglaries, believed to be related to an increase in drug consumption. This fact has been announced in several police reports of arrests of individuals in possession of drugs.

Following recent complaints from readers living in the Algarve whose properties have been broken into, The Resident contacted local police authorities, such as the GNR and the PSP, in order to ascertain if their official reports confirm the growing perception of insecurity being felt in the region by the general community.

However, while the country awaits an official report on internal security to be released in the coming weeks by the Ministry of Internal Affairs, representatives from the different police forces avoid commenting on the subject officially.

Unofficial sources from the GNR and PSP, however, told The Resident that a connection between the type of robberies being carried out in the Algarve and drug consumption is being made due to the criminals’ modus operandi and the type of items stolen, “such as computers, televisions and game consoles”.

The same sources underline that people should not be afraid of reporting robbery cases to the police, as this would result in more realistic figures which would then ensure that specific measures could be reinforced and improved.

In the robbery cases reported to The Resident by readers, two thirds were reported to the authorities, with the remaining victims alleging that “the paper work involving a complaint was not worthy in terms of results and is time consuming”, said a recently robbed reader who wished not to be identified.

Another reader who saw his apartment completely ransacked last week chose a different approach to the problem. “Our apartment was robbed in broad daylight, in the morning, and whoever carried out the robbery knew our routine and waited for us to leave the house before acting, taking easy-to-sell items. We obviously reported the burglary to the police,” explained the reader, who also wished not to be identified.

According to a Eurostat study released in November 2007 on Crime and Justice in the European Union member-states, which analysed the period between 1995 and 2005, Portugal is the third country in the EU where crime in general showed the highest growth in the 10 year period, with a three per cent rise, followed by countries such as Poland with a five per cent rise and Slovenia with 10 per cent.

The same report underlines a general growth in violent crime, with Portugal showing a rise of five per cent in this category, followed by the Netherlands with a six per cent rise and France with seven per cent. Robbery, which is a sub-category of violent crime also showed a growing trend in Portugal, with a rise of five per cent, immediately followed by France with six per cent and Poland and Slovakia with eight per cent.

Do you have a view on this story? Email: editor@portugalresident.com
1″>news