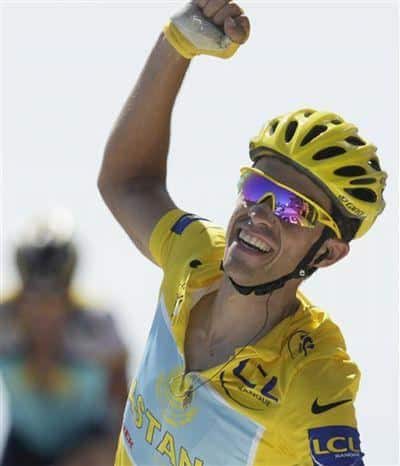 The most physically demanding sporting event in the world, the Tour de France, started in Monaco on July 4 and finished in Paris on Sunday after a gruelling 3,500kms. Race winner 26-year old Alberto Contador (pictured)won the the 35th Volta ao Algarve back in February.

The 96th Tour de France was the most successful for British riders with Mark Cavendish, 24, capping an incredible Tour with an astonishing win in the French capital after the Manxman sped across the finishing line on the Champs Elysees at the end of the 164-kilometre stage from Montereau-Fault-Yonne to Paris.

This was Cavendish’s sixth stage win in this Tour and his ninth overall beating Barry Hoban’s 34-year record of eight stage wins by a British rider.

Contador claimed his second Tour after finishing 4 minutes 11 seconds ahead of Andy Schleck (Luxembourg), who was challenged all the way by Lance Armstrong (USA), and Britain’s own Bradley Wiggins who finished fourth.