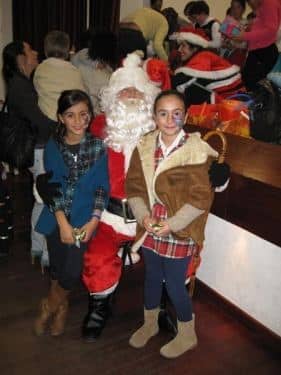 This week we bring our readers a heartwarming story about an Algarve woman who helped re-home five locally abandoned puppies in Germany and Luxembourg.

The moment animal lover Valerie Kermorvant met abandoned puppies Mona, Madison, Marge, Malice, Marie, May, Manille, Moka and Mozart, she fell in love with them and instantly knew she had to do something to help them find a new home.

“It all started when I met a lady called Alison in early April at the wine cooperative in Lagoa. I overheard her talking about a bunch of puppies that she had found. She was in desperate need of help,” Valerie said.

Alison had been driving home from work a few weeks previous when she saw a puppy, not much older than six weeks old at the time, in the middle of a road behind the Fatacil grounds in Lagoa.

It was when she stopped her car to pick up the lost puppy that she discovered there were eight other abandoned puppies barking from a nearby rubbish bin.

Although Alison had minimum knowledge about caring for dogs, she decided to take them home.

Despite making several phone calls to local animal shelters and charities, who all said they were full, and making appeals through the media, Alison failed to find new homes for the puppies.

Valerie said: “My husband Roby and I are founders of a small, non-profit charity called ADAVA (Defence Association for the Abandoned Animals of the Algarve) and so we immediately arranged to go and see the puppies at Alison’s house and started the search for responsible people who really wanted to adopt a dog for its lifetime.

“As we all know, finding someone to care for an animal permanently, especially during these difficult times, is a challenging task. And the fact that there was just one male in the litter made it harder. So we came to the conclusion that if we couldn’t find a home for the puppies in Portugal, then we would look elsewhere,” she added.

Valerie and her husband began contacting a wide range of animal associations in Germany and France, with the hope of finding new homes for the puppies and support to enable them to vaccinate the litter and purchase passports for each puppy.

“Our wish was not to put them in foster homes abroad but to find them a home for life,” said Valerie.

Following various phone calls between Valerie and potential owners, six “responsible” families were found for the puppies in Germany and Luxembourg. However, it was now up to Valerie to transport them to their new homes.

“We started to get them ready, vaccinated and micro-chipped, but we still didn’t know how we would manage the transport to Germany. We finally decided that it would be better if I took them myself to their new families, whom I wanted to meet anyway. The organisation in Germany, which helped us, has been fantastic; they checked the homes and also helped to find a foster home for the first night,” Valerie said.

Due to flight regulations, Valerie was only able to take five puppies with her on the flight to Germany, which departed from Faro on July 9. It was decided that Marie, Mona, Manille, May and Moka would be making the trip.

Valerie said: “The adoption process, which began as soon as I arrived, went very well. All of the families were perfectly fitted, they were very sure of their choice to adopt and came prepared. Some of them even drove hours to pick up their dog and also contributed with some of the transportation costs.

“It is such a beautiful success story. However, Madison and Mozart are still waiting with us for their new home to come along. We would love to find them a home they both deserve,” she added. Both puppies are fully vaccinated. The other two puppies have been rehomed in Portugal, one in Lagoa and the other in Lisbon.

For more information about ADAVA or to help support their work, please contact 913 860 865, email helpastrayanimal@yahoo.com or visit www.adava.eu or www.facebook.com/adava.eu