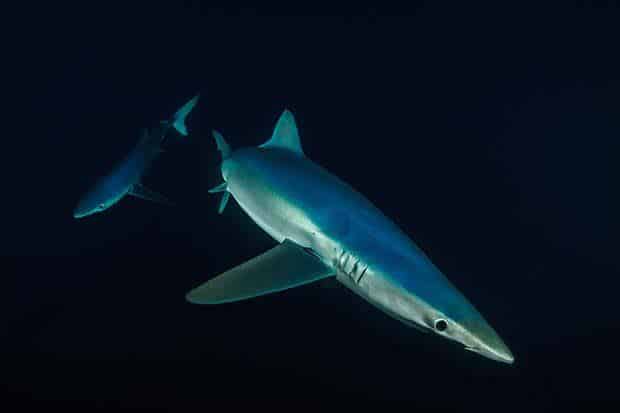 A stunning underwater photograph of two young blue sharks taken by Algarve resident João Rodrigues received an honourable mention in the ‘Fauna’ category of CINCLUS 2018, described as the most prestigious nature photography competition in Portugal.

The photograph, entitled ‘Azuis na Noite’, was captured at night-time around 10 nautical miles southwest of Cape St Vincent, the first of its kind taken in Portuguese waters.

Rodrigues, 28, spends most of his time in the Algarve trying to snap photos of the “extraordinary sealife in Vila do Bispo”.

He says he uses his photographs to raise awareness about the need to protect endangered ocean species, such as the blue shark which falls victim to overfishing.