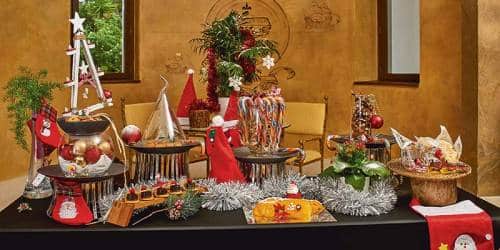 The Resident spoke to the region’s leading pastry chefs to see what we can expect at the Christmas table.

This Christmas, guests entering the impressive lobby at Tivoli Marina Vilamoura will find a massive chocolate Christmas tree. At least three metres tall and with 100kg of chocolate, surrounded by balls, stars and gifts, this creation is anything but mono­chromatic and will take days to complete. “We are aiming for six metres, two floors. We will assemble it in a covered area and unveil it later,” says the five-star hotel’s executive chef, André Basto.

Basto and pastry chef Patrick Mestre began planning for the festive season in July and had already drawn up some ideas in September. According to Mestre, the concept is to explore what the Algarve has to offer. “We’re trying to create a classic setup, but interpret it in an Algarvean way.”

As another Christmas surprise, they will be adding a fourth type of chocolate — ruby — with which they have been experimenting since September. Introduced globally in 2017, ruby chocolate has an unusual red tinge and is produced using a mix of cocoa beans from Madagascar, Brazil and São Tomé and Príncipe. “It’s very aromatic, acidic and not too sweet,” explains the executive chef.

Leading a team of 12 pastry chefs at Pine Cliffs Resort Algarve in Albufeira, António Miranda starts thinking about Christmas halfway through the summer. Procedures for the festivities begin in mid-November, when the chef finishes his Christmas village, which has already become a tradition at the resort and is on display in the lobby. “I make a ginger village with lots of little houses, castles and even trees and bridges,” he explains. This comes alongside an array of traditional sweets — Portuguese and beyond — as well as lollypops, estrelas de figos (star-shaped, dried figs with almonds), dried fruits, ginger and cinnamon biscuits, and many other delicacies.

The pastry chef at Pine Cliffs strives to reduce the amount of sugar in his sweets (without compromising their identity), as well as adapting the classics, such as bolo-rei (a colourful, Portuguese Christmas cake with nuts and crystallised fruit). Besides the traditional version, Miranda makes a bolo-rainha (a play on bolo-rei) with gila (a type of squash) and no nuts — ideal for people with allergies — or crystallised fruit, as well as a chocolate bolo-rei. At the table, guests will find conventional sweets and typical national desserts, such as lampreia de ovos (egg-sweet lamprey) or a Christmas log, along with international classics like a galette des rois, strüdel or Christmas pudding. “I also try to recreate [foreign guests’] traditions so they feel at home.”

Christmas at Vila Vita starts in the hotel’s lobby, where pastry chef Pedro Matos will create a “sensorial and interactive piece” with chocolate and spices, among other ingredients. The resort’s dessert trolley and display window at Café Bica will also reflect the festive period and Algarve flavours (carob, almond, orange), along with welcoming treats, which the chef refused to reveal with a glint in his eyes: “Last year it was a Christmas tree, but since some guests come every year, I won’t ruin the surprise.”

Famous for its breakfast, Vila Vita will embrace the holiday season in the most important meal of the day. “Breakfast is that time of day when guests spend more time in the hotel, so during that week we will have traditional cakes from other countries such as Austria, Italy, Germany and Spain,” assures Óscar Correia, the resort’s culinary executive director.

One of the resort’s major ventures is a gluten-free bolo-rei, but there will be plenty of local specialities such as an Aljezur sweet-potato plait, rabanadas (a Portuguese take on French toast) and even rice pudding. These delicacies will also feature on the December 25 Sunday roast table, known to attract the local foreign community.

Like the chefs at Tivoli Marina, Matos is also working with ruby chocolate, which he will fuse with regional flavours such as almonds and figs.

Horta admits that Christmas at Conrad Algarve in Quinta do Lago is not the traditional Portuguese celebration given the hotel’s mostly international clientele, but says he still manages to incorporate the classic Portuguese Christmas fritters or a lampreia de ovos with a stunning Christmas pudding with brandy butter sauce. “Our identity is always there,” states this aficionado of sweet-potato pasties.

Horta speaks proudly and enthusiastically of the hotel’s Christmas brunch — already sold out for outside guests — which comprises a massive feast on December 25. “People really come with Christmas spirit. We have Styrofoam mimicking snow, several chocolate pieces alluding to Christmas and a mix of national and international flavours for every taste,” explains the pastry chef. “This year, I will replicate a Christmas tree I made on my first year here, with a colourful nativity scene underneath. Later we’ll break the chocolate and give it to children. It’s a delight.”

Christmas or not, Bruno Oliveira’s kitchen at Dona Filipa Hotel in Vale do Lobo is a tribute to the Algarve, the orange, the carob, the medronho (firewater). As soon as he arrived in the region, the first task he set for himself was to find the best local suppliers. Now his mission is to “awaken the sleeping volcano” that is Dona Filipa, putting it back in the spotlight where this Algarve classic belongs.

For that reason, along with his team and the three members working solely in pastry (from 9am to 12am), he has been planning Christmas since August: there will be bolo-rei (which he likes to pair with Port wine) and bolo-rainha, Olhão folar (layered, spiced bread), and creations made from the region’s top produce. One such delicacy is French toast with rice pudding crème and rum and raisin ice cream; or a spiced cake inspired by the three Wise Men with a foam of lemongrass tea.

The chef cannot reveal the full menu as he prefers to see who his clients will be and if they have dietary restrictions. “We start working Christmas week and everything is made in-house. We can make everything in detail.” 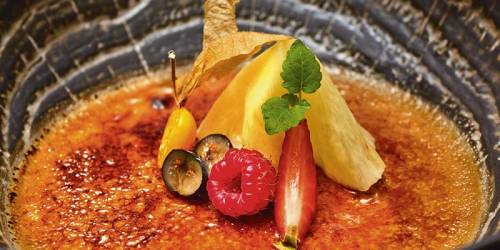 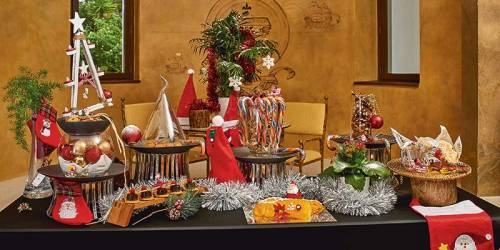 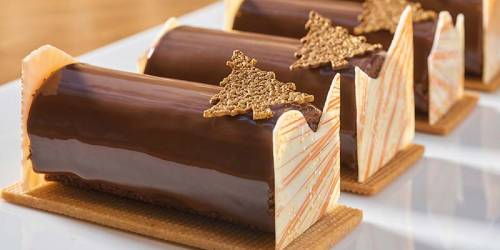