It’s been 27 years since the Algarve Oncology Association (AOA) was launched by late surgeon José Santos Pereira to fight cancer in the region and provide support to cancer patients.

Since then, the association has played a key role in the development of cancer care in the Algarve.

“Many people do not know this or do not remember, but it was AOA who, together with the regional health administration (ARS), purchased the Algarve’s first mobile screening unit for breast cancer in 2005,” AOA president and wife of the association’s late founder, Maria de Lurdes Pereira, told the Resident this week.

On average, around 16,000 women are tested every year thanks to the mobile unit.

The association was also a key contributor to the opening of the region’s first radiotherapy unit at Faro Hospital in 2006, which helped tackle the “inequality in the treatment of cancer patients in the south” compared to the rest of Portugal.

“Patients used to have to travel to Lisbon to receive radiotherapy treatment. Some had no other form of transportation and would have to return home on a bus after undergoing treatment,” AOA president told us.

Years later, AOA also applied for community funding to purchase a linear particle accelerator, which, since 2016, helps provide a quicker treatment to patients and with fewer side effects.

But AOA also helps cancer patients on a much more personal level, from providing psychological support to people who are learning to face their illness to helping women obtain breast prostheses.

“These campaigns range from raising awareness about the importance of protecting ourselves from the sun to raising awareness among workers of the construction sector, who are more susceptible to pulmonary diseases,” explained Maria de Lurdes.

More recently, AOA has also created a support centre for cancer patients at its headquarters in Faro which provides physiotherapy, speech therapy and nursing via the MOV project.

But like so many others, the association has taken a hard hit due to the pandemic.

Much of its income came from charity events, from golf tournaments to charity dinners, which were no longer able to take place due to the outbreak of Covid-19.

“We employ three doctors and eight technicians, as well as several administrative staff. We have not dismissed anyone, but we are in need of help,” the AOA president admitted.

One way people can help is by taking part in the upcoming Mamamaratona walk/race, which is returning between October 10 and 30 after being cancelled last year.

The event will feature several virtual events throughout the month, as well as a mini and half marathon in Quarteira on October 10 at 10am and a 7km walk/run on October 24 also in Quarteira.

There will also be a contest with special prizes taking place during the event. To enroll, participants must sign up for the Mamamaratona, take a photo that shows their competition number, post the photo on Facebook or Instagram and tag AOA with the #MM21 and #Unidosporumacausa hashtags, and follow AOA on the social network they are posting the photo on.

Signing up for the Mamamaratona costs a minimum of €1, although participants can donate as much as they please. Anyone can also make a donation even if they don’t sign up for the event. All they have to do is go online at http://aoa.pt/935-2/

Future plans
One long-standing goal of AOA has been to build Casa Flor das Dunas, a home for cancer patients from all over the Algarve who need “residential support”.

While Maria de Lurdes admits that the project has been put on the backburner for now due to the association’s more delicate financial situation, it remains a dream that AOA wants to pursue. 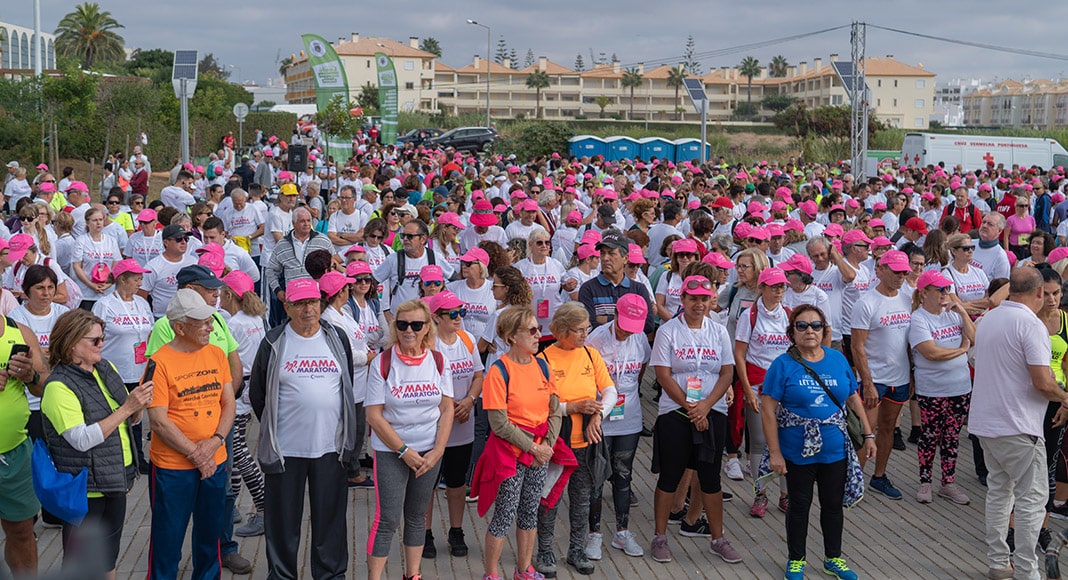