Portugal Resident
Home Community Algarve Network for Families in Need: insight into a charity whose efforts... 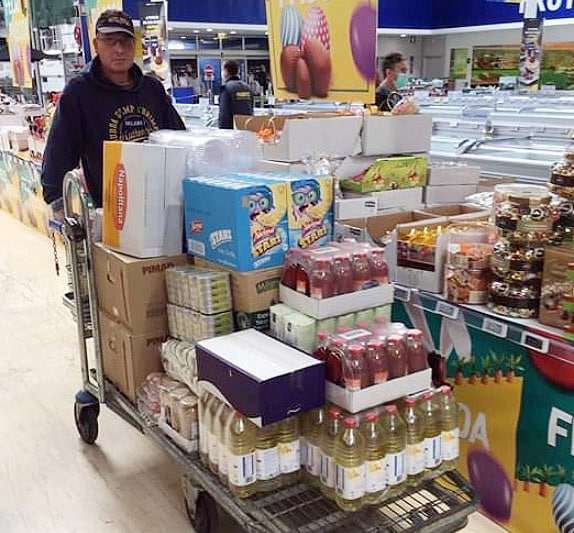 In the shadows of the sunny Algarve, a place long likened to ‘paradise’ by foreign residents and visitors from abroad, thousands of Portuguese families are living hand to mouth or even in abject poverty.

They stay remarkably quiet, probably because of feelings of depression, embarrassment or even shame.

There appears to be very little support from local authorities.

Someone who has made the problem central to her life is Bernadette Abbott, an English sociologist. Before moving to the Algarve eight years ago, she had much experience involving justice and human rights, as well as social work and social care management.

Bernadette became a volunteer for Algarve Network for Families in Need.

The prevalence of economic hardship in the Algarve was bad enough in past years but, of course, it has escalated hugely since the outbreak of the coronavirus crisis.

One of the main problems for Portuguese families, she says, is that the minimum pay has been low and there has been no correlation between pay and the minimum amount it is possible to live on.

Too many people work without contracts and on minimum pay only during the tourist season. They are without work or incomes in the winter months. For workers without a contract or the self-employed without work through the winter, there is no eligibility for social security payments.

“The Algarve has become far too dependent on summer tourism and little else. Winter is a nightmare for those on minimum pay in seasonal work,” says Bernadette.

“Families run up debts on rents, utilities and other essentials. They have to spend the whole of the summer repaying them.

“Many who live in my village have been going out to work from six in the morning until midnight in summer. If there are two parents involved, these hours usually apply to both. Children are collected after school and their parents go back to work, leaving the children to do their homework alone.

“One family has told me that it takes until September to pay off their debts. Then they have about a month with some money before the nightmare starts again.”

Other problems include a lack of social housing at a reduced rent. Renting privately is usually expensive, even when it is possible to find a place available. There is no compensation in the form of housing benefits for those who have to rent in the private sector.

Renting a place out of town may be cheaper, but it precludes many of those wishing to work in places such as hotels and restaurants because there is no public transport to take them home after 8pm.

“For a family in crisis, there is very little family support,” says Bernadette. “Families have contacted me for food and when I ask if they have been to the local city hall, they will tell me that they have been given an appointment for maybe three months later.”

A very real worry for badly-off parents is asking children’s services for help. They fear that their child or children may be taken into care by an out-of-date and unnecessarily punitive system.

“All this put together creates a system where people live basically from hand to mouth. They never have any reserves. So, if something breaks or there is any additional expense, the finance does not exist for it,” says Bernadette.

“Families who are worn down by the daily drudge don’t question the system because they don’t believe anything will ever change.”

The arrival of coronavirus in Portugal coincided with the start of a new tourist season. Seasonal workers who had been out of work for months had been looking forward to getting back to their jobs and getting an income again to pay off their winter debts. Instead, they were shattered when that work disappeared.

“Many families were left with no money, no food and no hope,” said Bernadette.

“It was pure devastation. You could actually see people falling into depression.

“One lady told me she had a tin of tuna and 2kgs of potatoes and then nothing.

“Others said they had to watch their babies in their cots so that if they caused any mess, they could take them out because they had no nappies for them.

“Rent and bills just didn’t come into it. They were talking about sheer survival.”

While many are not eligible for social security payments, “these payments are totally inadequate anyway and you will see that this problem will go on for quite some time,” said Bernadette.

The problem has become so great that she and her fellow helpers are no longer able to help all families in need – only those most in need; in other words, those with nothing.

Bernadette’s appeals on Facebook both for volunteers and food donations reaped many positive responses. A generous donation from one man in Germany enabled them to keep going, but the network had to constantly top up. That meant expanding operations.

In addition to the original hub Bernadette set up in Lagos, her network now has similar centres in Ferragudo, Lagoa, Messines and Guia/Boliqueime. The hubs are where food is stored, sorted and bagged ready for distribution. Lagos and Guia/Boliqueime are able to take chilled food as they have fridge/freezer facilities.

Those in charge of each hub closely collaborate with volunteers with trolleys operating a series of food collection points, mainly near supermarkets. Clothing and household items are now also being collected.

Desperate families in need can come to the collection points for food if they live nearby, otherwise the food will be delivered to the family home.

The collection volunteers also encourage all the people they meet to watch out for any neighbours in need.

Lagoa
Pingo Doce, fortnightly on Wednesdays, 11am to 12pm.

Silves
Continente, every Saturday, 11am to 12pm.

The Algarve Network for Families in Need is looking for more hubs, more collection points, more volunteers and more contributions of all kinds to help the needy, especially in this current crisis.

For more information, go to: https://www.facebook.com/groups/algarvenetwork/ 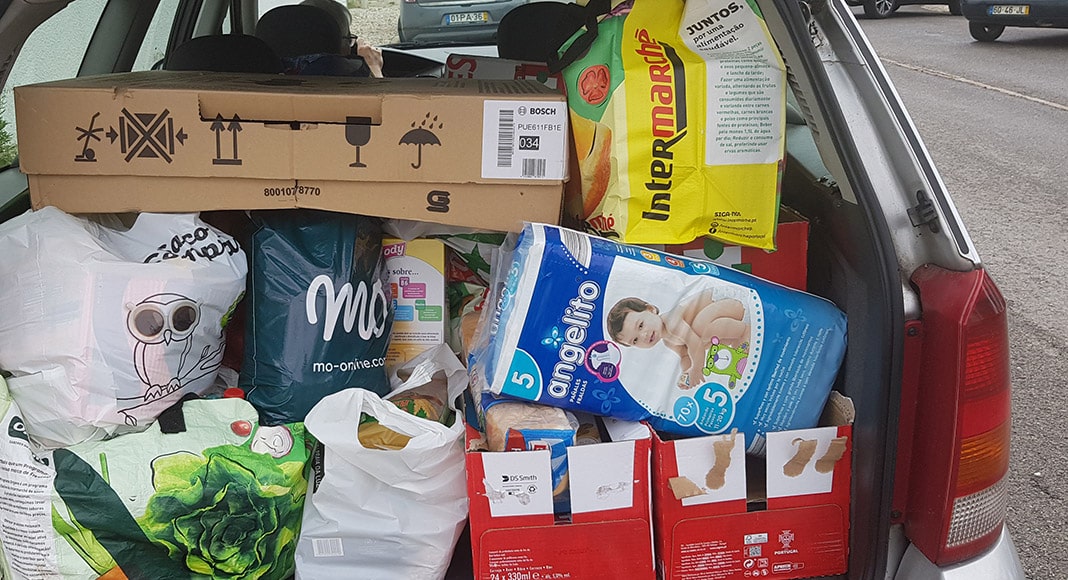 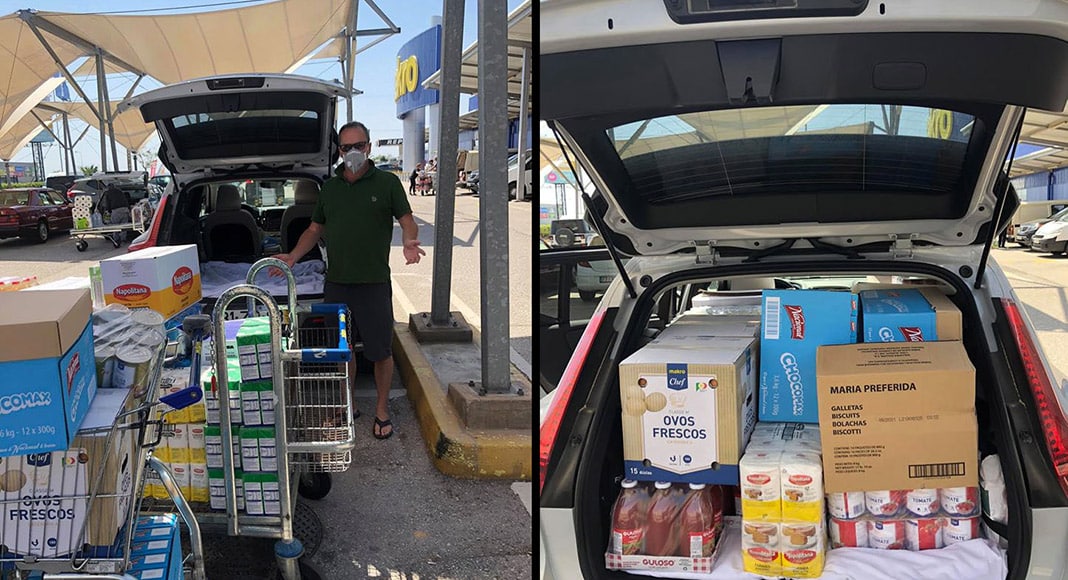