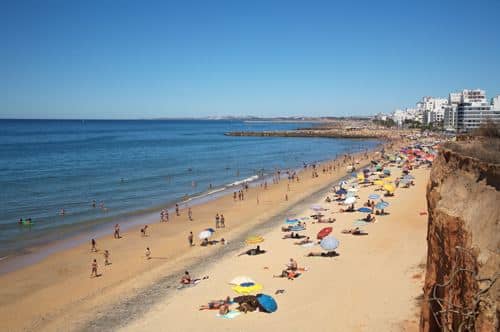 “It’s affordable, it has some of the best beaches in Europe and the weather is great” – these are the main reasons why Kathleen Peddicord, publisher of the Live and Invest Overseas website, has chosen the Algarve as “the best place in the world to retire”.
Peddicord’s recently-released ‘2014 Retire Overseas Index’ has the “beachfront Algarve region of Portugal” in the number one spot of a seven-place list, and has even been featured in an article by hugely-popular American magazine Forbes.
“It’s the most affordable option in Europe for retirees,” says Peddicord, adding you can live on $1,500 a month in the “Atlantic Ocean-hugging southernmost province of Portugal.
“Not only will you find quintessential old world culture in the Algarve, with medieval villages and Eurocharm, but also some of the best beaches in Europe. And the weather is great and stable,” she says.
It is also pointed out that “Portugal has recently made residency easier for expats and now allows those who qualify receive pension and foreign income in Portugal tax-free for 10 years”.
It is not the first time this year that the Algarve is given international praise.
Beaches such as Ponta da Piedade in Lagos and Praia da Marinha in Lagoa have been singled out as some of the world’s most beautiful by CNN and The Huffington Post earlier this year.
The top-seven ‘best places to retire’ list is as follows:
• Algarve, Portugal
• Cuenca, Ecuador
• George Town, Malaysia
• Chiang Mai, Thailand
• Dumaguete, Philippines
• Pau, France
• Medellin, Colombia