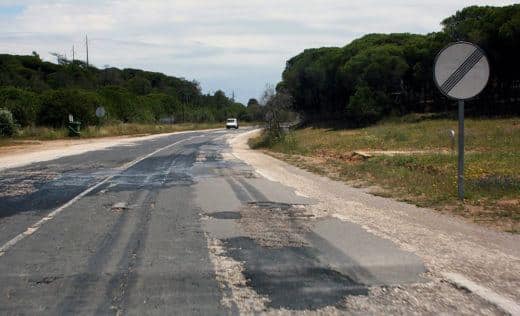 Algarve MP Paulo Sá has slammed the 2018 State Budget which he says is riddled with omissions about the investments that are planned for the Algarve’s railway and EN125 road.

Sá has demanded answers from the Ministry of Planning and Infrastructures, as the questions that PCP (Portugal’s Communist Party) had already posed “were not answered or were given very generic responses”.

He wants to know how much money will be channeled into studies about the long-awaited electrification of the Algarve’s railway, when the studies will be completed and when the works will finally begin.

Sá is also pressing the ministry for more information about the EN125 roadworks between Olhão and Vila Real de Santo António, which have been on the backburner for many years.

Last but not least, the communist MP questioned the government about the plans to build a bridge between Alcoutim and Spain.

As the Resident reported, Parliament approved a bid last month to build the bridge, described as a long-time goal of residents from both sides of the river.

The proposal was presented by PCP. But Sá wants to know when the government is planning to actually begin working on the bridge.

“When will the government start talks with the Spanish and Andalusian authorities,” he asks, also requesting information on whether studies will be carried out and how much money the project is expected to cost.