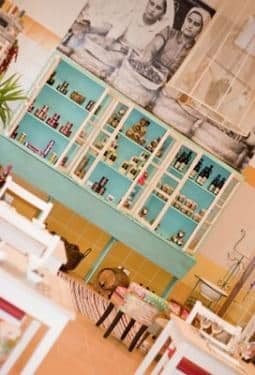 An Algarve MP is heading a legislative proposal providing the framework for the development of accessible tourism in Portugal.

Mendes Bota, an MP for the Social Democratic party PSD, was the first to sign a “project of resolution” for accessible tourism signed by a group of MPs from both the PSD and CDS-PP political parties.

The document, which defends the creation of a “structured programme” for the sector, was presented in Parliament last Friday.

The initiative provides guidelines that will “hopefully” enable the government to develop a strategy, “within 12 months”, to promote Portugal as a holiday destination “that looks after the needs of disabled travellers and those with reduced mobility”.

Mendes Bota had in the past questioned the government about the issue of accessible tourism and how he felt “this important segment of the tourist market” was being overlooked.

Now, supported by both the PSD and CSD-PP parliamentary groups, he hopes to raise awareness and attention from the government to the issue.

For the MPs, the accessible tourism sector is not only profitable and sustainable but it also demonstrates a country’s democratic spirit.

According to the legislative proposal, data analysed reveals that disabled travellers are on the increase, with an estimated 7.5 million travelling in Europe annually and representing around 156 million overnight stays.

“What we want is for the Portuguese government to be a world leader on the subject of accessible tourism,” said the MPs.

The legislative project will be discussed and voted for in September.

Meanwhile, a petition supporting more investment in accessible tourism, initiated by António Pires, a vice-president of the Algarve Tourism Board, had under 1,750 signatures at the time of going to press.

As reported in the Algarve Resident edition of March 23, António Pires said he was disappointed that the Algarve Tourism Board had made “a large, inconsequential investment” on residential tourism and today hundreds of properties were virtually abandoned in the region.

Accessible tourism, he said, is worth half of the country’s GDP.