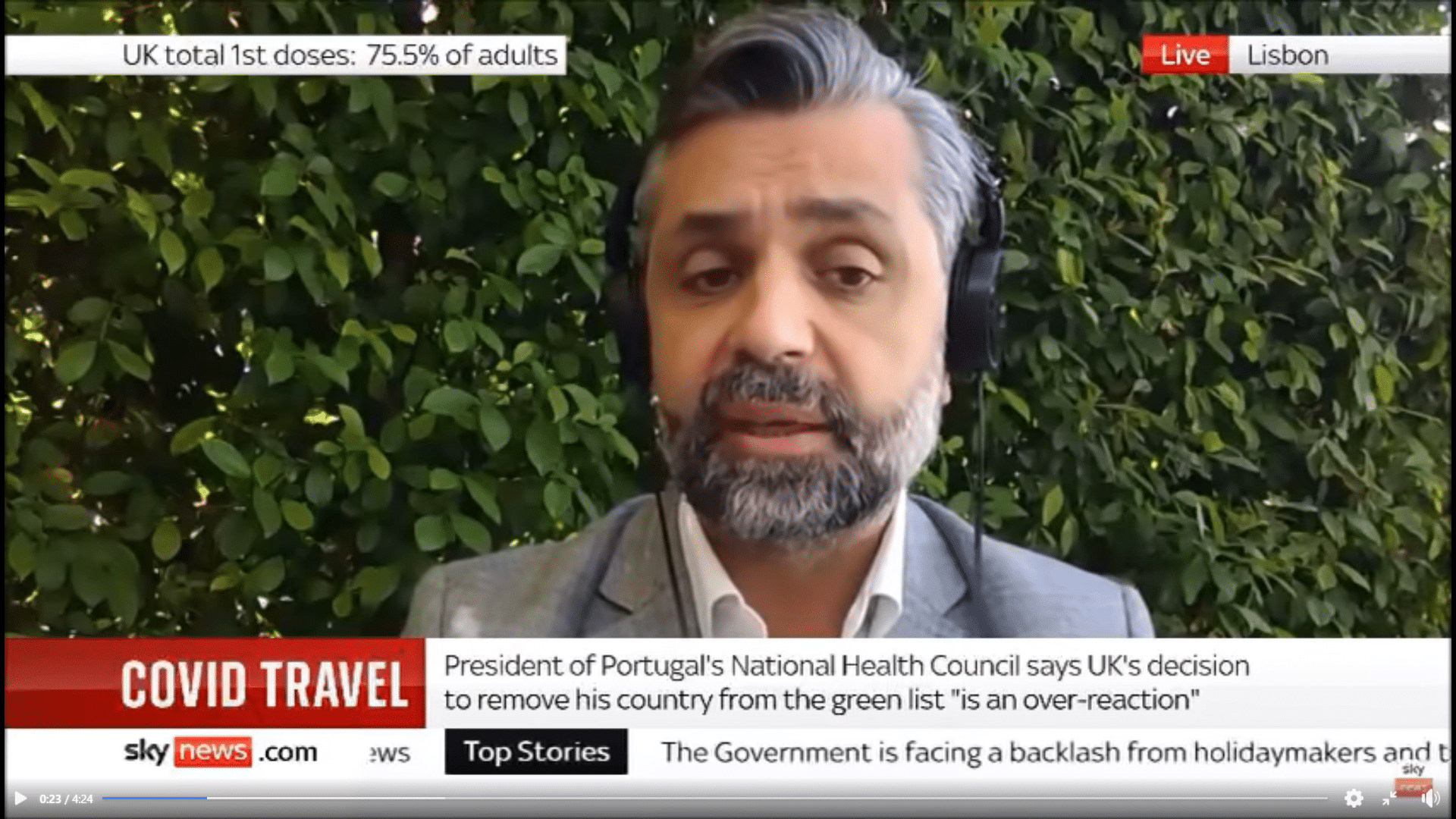 Algarve MP Cristóvão Norte has been interviewed today by Sky News, in which he re-emphasised the belief that British authorities have bent the truth – and in doing so “sowed fear of Portugal, not just in the United Kingdom, but in the rest of Europe”.

The ‘Nepal mutation’ of the Indian variant has only been registered in 12 cases nationwide (not the 66 the British government contended).

Up till last Thursday (when the UK announced it was removing Portugal from its ‘green list’ for quarantine-free travel) “no-one had heard of the Nepal mutation”, he writes on his Facebook page.

“The (Portuguese) government must restore the truth”, says Mr Norte. “It is its duty to warn UK that we do not accept that the justifications used for the decision taken are based on an unfounded campaign that tarnishes the reputation of a safe and compliant country”.

To Sky’s political editor Adam Bolton, Mr Norte said: “People should be careful with words. We have had only 12 cases (of the Nepal mutation) and we don’t need chaos. If you need to study it, do it. But don’t start telling people, to justify your decision, that we are in an awful position, which we are not”.

Mr Norte is just another voice insisting “the British government doesn’t have the grounds to say what it is saying”.

Regional tourism association president João Fernandes has already labelled the decision “a matter of internal policy, not a matter of risk” – and INSA’s expert has given scientific opinion – on the basis that he is involved in the frontline of health authority response – to the effect that he can seen no data to support it.

But Mr Norte has taken the bombshell to his regional constituency very personally. He writes: “Would anyone take their families to a place that had a variant that no-one had heard about and which no-one knew whether it would be resistant or not to the vaccine? The British decision is legitimate, but its false foundations are not…”

Since the moment Portugal heard it was no longer deemed a ‘safe country’ for Britons to travel to, Mr Norte has given interviews to various organs of the British press, including the BBC and LBC radio. All of them designed, he explains, “to defend Portugal’s national interest in the international arena”.

Meantime, Jornal de Notícias has been reporting on the long queues at Faro airport as frustrated Britons scramble to return home before the 4am deadline on Tuesday.

Says the paper, “there are Britons losing around €300 (each) to bring their return to UK forward”.