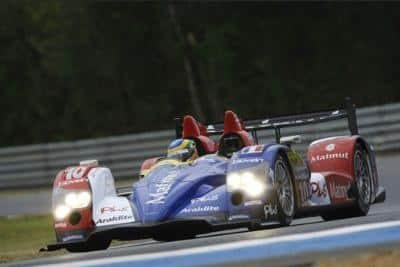 All the drama and excitement of the Le Mans Series comes to Portimão this weekend with the inaugural edition of 1,000kms do Algarve at the region’s new motor park.

The prestigious touring car race, which will also be the first ever to be staged at night in Portugal, is due to start at 7.15pm on Saturday evening and will reach its climax around 1.15am on Sunday morning.

The action on the scorching asphalt will be underscored by Portuguese band The Fingertips from the paddock. The championship, going into its third round of the season here, is currently led by French Pescarolo Sport team mates Jean-Christophe Boullion and Christophe Tinseau, but a further six drivers are placed within five points of the two frontrunners.

Another famous name in racing circles switching disciplines for the first time in the Algarve is Spain’s 2008 250cc motorbike World Championship runner-up Fonsi Neto, who will be competing in the feature race for the Oils Hache Team. He is the nephew of the legendary Angel Nieto, a 13-times GP motorcycle roadracing world champion considered as one of the greatest of all time by many experts and regarded as a national hero in his Spanish homeland.

Other than the touring car elite, the Portuguese racing fraternity will be well represented, with Tiago Monteiro, Pedro Lamy (both have Formula One experience) and Miguel Ramos expected to attend.

The three-day motor sport extravaganza gets under way today (Friday) and tickets are available at www.autodromodoalgarve.com, the on-track shop and from usual outlets.
1″>news