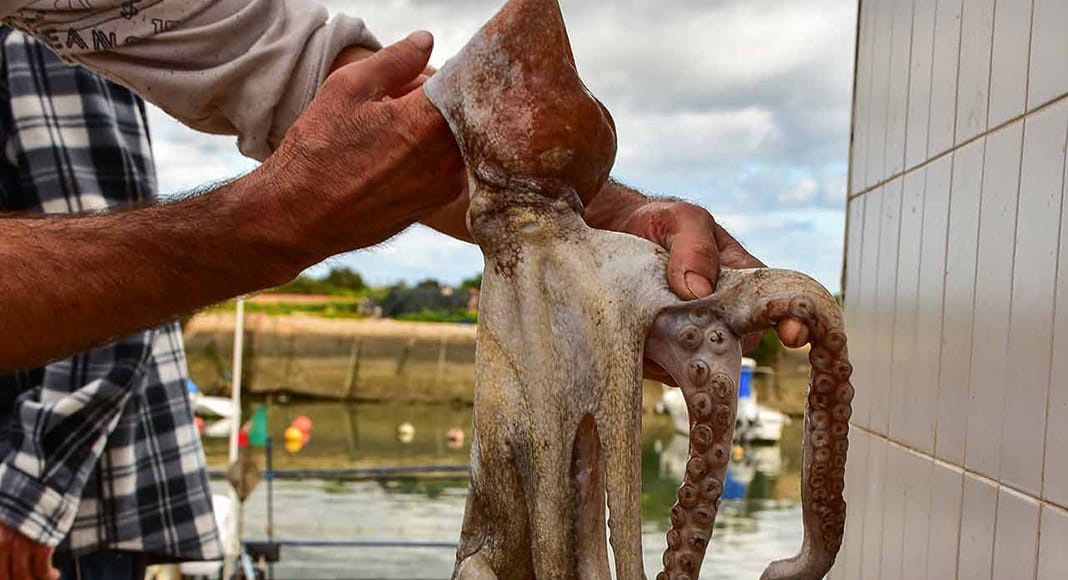 Scientists and fishermen have joined forces to develop a project for the sustainable catching of octopus in the Algarve.

As octopus fishing is a very important economic activity for fishermen in the Algarve, the project aims to ensure it is sustainable and includes effective management measures to ensure octopus stock and fishermen’s income increases.

The octopus is described as a “fast-growing species with a very short lifespan” as both males and females die after reproducing. According to several studies carried out in Algarve, their reproduction season runs from May to September, hitting its peak in August and September.

The ‘ParticiPESCA’ project (a play on words combining ‘participation’ and ‘fishing’) will aim to create a committee for the management of octopus catching, Rita Sá from Associação Natureza Portugal (ANP/WWP) told Lusa news agency.

The plan includes improved communication between fishing associations and the need to value and monitor octopus, she said.

“Portugal is taking on a pioneering and leading role in ensuring the sustainability of octopus catching,” Sá said.

“This is a milestone in terms of cooperation to achieve sustainable fishing methods in the Algarve, hopefully making Portugal an example of success on a European level,” Rita Sá said.

The goal is to have the management plan completed by the end of this year, based on scientific data and feedback from fishermen.

The project is led by ANP/WWF with the help of the Portuguese Institute of Sea and Atmosphere (IPMA), the Sea Science Centre (CCMAR) from the University of Algarve and the Environmental Defence Fund, and also involves input from fishermen associations, scientists, public administration entities and environmental NGOs. It is financed by the Mar2020 programme and co-financed by the Oceano Azul Foundation.