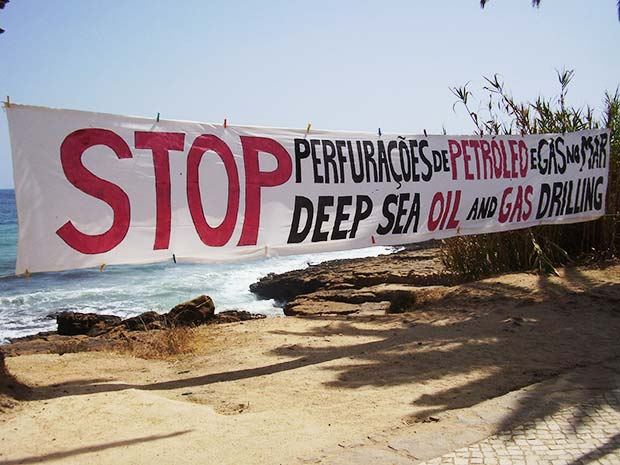 After the heartwarming day of protest in Lisbon last month (click here), Algarvians have another opportunity to take their feelings about gas and oil exploration to the seat of central power.

Campaigner Vasco Reis has organised an Aljezur ‘battle bus’ for the “national meeting” going ahead in Lisbon on Saturday, and anyone keen to jump on board has only to call him to reserve a seat.

The meeting at Cinema S. Jorge has been called by a collection of groups from both the Algarve and other parts of the country, including ZERO – environmentalists leading the battle to free the Tejo from the threat of pollution and radiation fallout from the obsolete Almaraz nuclear plant upstream in Spanish territory.

Saturday’s initiative is designed to “coordinate efforts to improve citizens’ capacity in the face of machinations by oil companies and the political positioning of institutions”.

In other words, it is yet another meeting designed to hack through strategies that have been drawn up in spite of the will of local populations.