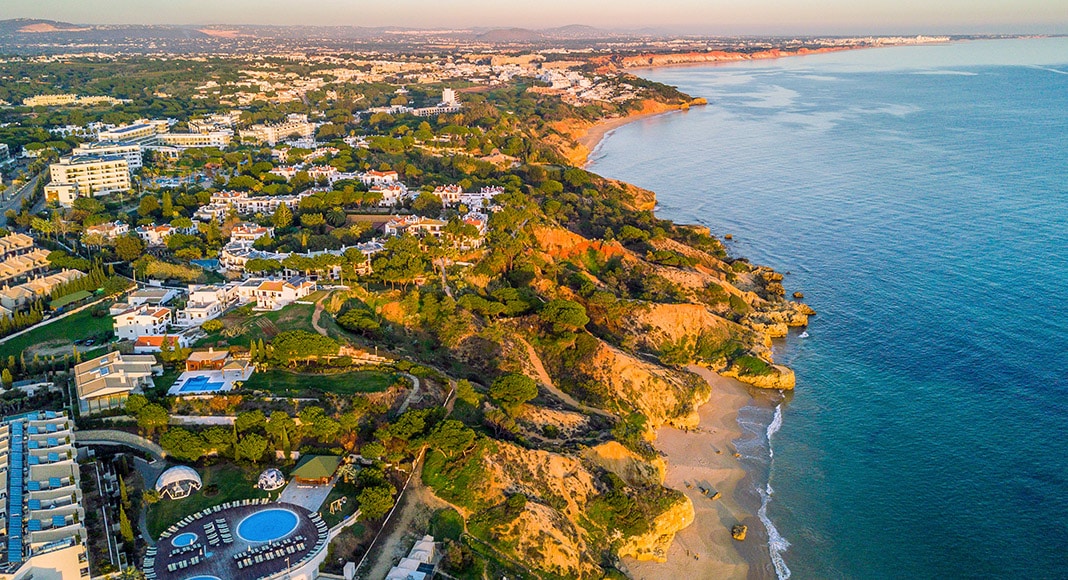 The most recent bit of bad news has come from the Algarve’s hotelier association (AHETA), which is reporting year-on-year losses of over €635 million in revenue between April and October.

Says AHETA, the region’s hotels and resorts saw their occupancy rate and business volume drop a whopping 65.5% and 68.7%, respectively, during the peak holiday season.

Unsurprisingly, one of the main reasons highlighted by AHETA was the tremendous drop in the number of British holidaymakers travelling to the Algarve.

The British government’s decision to keep mainland Portugal off its ‘travel corridor’ for most of the summer – meaning anyone travelling from Portugal to the UK would have to self-quarantine for 14 days – kept hundreds of thousands of tourists away – and AHETA’s official data proves it.

Hotels and resorts in the Algarve welcomed 626,000 fewer Brits than last year, which translates into a 3.8 million drop in overnight stays.

The only silver lining is that there was a 32% increase in the number of Portuguese tourists spending their holidays in the Algarve.

Indeed, national holidaymakers accounted for 62.3% of the region’s overnight stays between January and September – just over three million out of 4.9 million overall. But the ‘good news’ ends here.

Around 20% of the region’s tourist establishments chose to stay closed throughout the summer, and approximately 70% are planning to close in November and stay closed until at least March next year.

Adds AHETA, the Algarve’s golf sector also suffered similar losses with a 70% reduction in golf rounds, a “direct consequence of the inexistence of an air bridge with the UK, the largest supplier of golf tourists all year round”.

Unemployment has surged over 200% in recent months and will “only worsen starting in October and November”, the association predicts.

As AHETA stresses, there is still a lot of uncertainty about the future.

There is still no sign of a “cure or vaccine for Covid-19”, which makes it unlikely that we will return to any form of ‘normal’ in the “short/medium-term”.
“Recovery will be slow and very much delayed, running over many years,” says the association, admitting that many consumers are simply not confident enough to travel abroad.

While the association says the government took the right measures at the start of the pandemic, it took “too long to understand the impact” the crisis would have on tourism companies, especially in the Algarve. Says AHETA, it implemented measures that were based on the assumption that there would be a quick recovery, which “hasn’t happened and won’t happen in the near future”.

According to the association, the government has to do a better job of ‘keeping up’ with what is going on in the sector by developing an “active cooperation and collaboration strategy with the private sector”, so that it can take adequate measures at the right time instead of “reacting too late”.

AHETA also says the government has to help companies “withstand the financial difficulties” they are facing and make sure they “maintain their know-how” so that they can continue to attract holidaymakers when the time for recovery finally arrives.