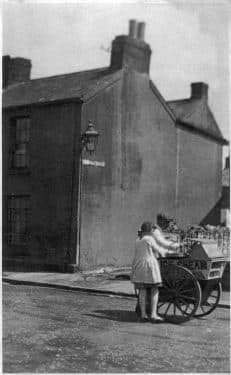 Portugal’s President and Prime Minister have had their peace disturbed as protests against the A22 tolls took place outside their holiday homes in the Algarve last weekend.

Led by the Comissão de Utentes da Via do Infante (A22 Users’ Commission), the group of protestors aimed to raise the awareness of the dignitaries about the discontent among the Algarve population over the introduction of tolls on the A22. The commission says the toll introduction has caused immense loss to the region, both socially and economically.

On Saturday night, protestors made their voices heard outside President Cavaco Silva’s holiday home in Aldeia da Coelha, Albufeira. On the following day, they headed east for a display at Manta Rota in Vila Real de Santo António, where Prime Minister Pedro Passos Coelho was holidaying with his family.

However, neither of the heads of state and government took time out to meet the members of the commission and listen to their concerns. The leader of the A22 users’ commission, João Vasconcelos, said he was pleased at the turn out, which showed the population continued to support their efforts in the fight against the tolls, but felt let down that both Cavaco Silva and Pedro Passos Coelho had opted to ignore their calls for the suspension of the measure.

He told Lusa news agency: “We regret that neither Cavaco Silva nor Pedro Passos Coelho were available to see us and receive the letter we had written, which explained the damages caused by the tolls.”

João Vasconcelos has been vehement in his criticism of the lack of interest shown by two of Portugal’s most important figures in power. “The President of the Republic could have, at least, sent a spokesperson to receive the letter we had for him,” he said adding that the document would now be sent by registered mail with acknowledgement of receipt.

“I invite the President to drive on the chaotic EN125 (the only alternative road to the paid for A22),” he said.

A spokesperson for the Prime Minister met with the group but “hid behind a car parked outside the PM’s holiday home, mirroring the government’s general attitude of avoiding confrontation with the people”, he said.

The police authorities have also been slammed by the commission, saying traffic access outside the holidays homes had been blocked in order to prevent disturbance by protestors.

João Vasconcelos went on to say that the two weekend actions were simply a taster to the large protest planned for Tuesday (August 14). “We are planning a slow march and car horn protest during the Festa do Pontal (PSD Summer Party)”, which will be attended by Pedro Passos Coelho.

The event is taking place at the Aquashow park in Quarteira and members of the commission will be stationed outside the venue protesting. The Festa do Pontal, held after the Algarve Resident went to press on Tuesday (instead of the usual Wednesday which was a public holiday this week), was expected to attract 2,000 PSD party supporters.
1″>news