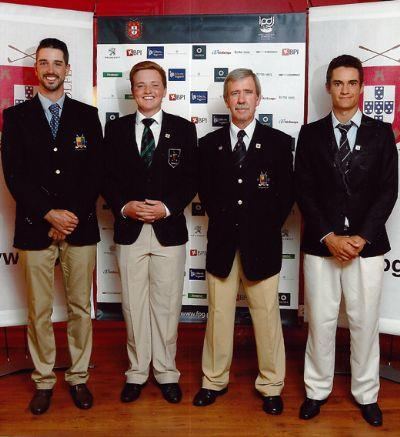 The Algarveans finished the two-day competition at the Aroeira course near Lisbon with a nine below par score, three strokes clear of nearest challengers Prise D’Eau and Saint-Nom-La-Bretèche representing Holland and France.

Further afield Portuguese golf No1 Ricardo Santos is making his last bid to secure a place at the DP World Tour Championship in Dubai later this month for which only the top 60 ranked players in Europe qualify.

Following his missed cut in Vilamoura two weeks ago, the 30-year-old from Faro was hoping to improve on his 59th place in the European Tour money list at the €5.1 million BMW Masters in Shanghai.

Santos did not enjoy the best of starts, however, carding rounds of 77 and 76, but staged a partial recovery with closing efforts of 73 and 64 to finish tied in 34th place. Nonetheless that result saw him drop to No63 and he will need a better performance at next week’s regular season-ending Turkish Airlines Open in Antalya if he is to qualify for Dubai.