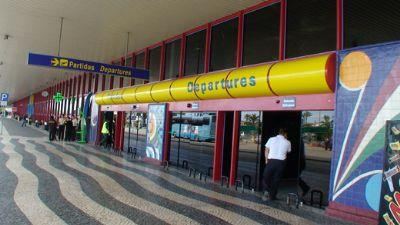 Thomson Airways has made drastic cuts to its winter schedule from the UK to the Algarve.

From November until spring next year, British visitors will only be able to fly to Faro with Thomson from London Gatwick or Manchester airport.

This will restrict people who regularly visit the Algarve throughout the winter period and the lack of choice, may have an impact on tourism during the quiet winter season.

The majority of visitors to the Algarve in the winter are elderly and often depart from a local airport for ease but there will be no Thomson services from many regional airports, including Belfast, Bournemouth, Bristol, Cardiff, Leeds-Bradford, Luton, Stansted and Newcastle, all of which serve Faro during the summer.

A Thomson spokesman said: “Thomson Airways operates flights to Faro from 15 UK airports during summer 2009 and continues to offer more regional departures than most other airlines operating from the UK.

“Thomson, as a consumer-focused organisation, constantly reviews its operations and adapts flights accordingly, and each route is judged by its own merits in terms of its profitability but also based on operational complexity. Flights to Faro during the winter season are therefore scheduled to depart from two UK airports, London Gatwick and Manchester.”

With recent news that Faro airport has had the biggest drop in passenger numbers in Portugal, this will only add to the impact that the economic downfall has had on the Algarve.