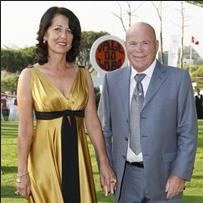 Sander van Gelder, former owner of the Vale do Lobo resort, and nine other men are due in court this month accused of trespassing on the premises of Palm Terrace, a restaurant in Vale do Lobo and coercing Daniel Pires, who held the lease.

A report in the Correio da Manhã newspaper said the Ministério Público (public ministry) in Loulé is accusing van Gelder of entering the premises when they were closed to the public and there are two charges of coercion and one for usurpation.

If found guilty of all charges, van Gelder could face up to five years in prison. The Resident contacted the Vale do Lobo Group of Companies, of which Sander van Gelder is non executive Chairman, for a reaction to the newspaper report and a spokesperson commented that “he (van Gelder) has confidence and believes in the Portuguese Justice system”.

Luís Fernando Dias de Matos, Vale do Lobo’s technical director, has been charged with the same crimes, as have eight workers from a security firm used by the resort.

According to the same article, van Gelder and Luís de Matos allegedly commissioned the assistance of the security men to break into the restaurant at night in November 2004, and upon entering, they were confronted by two employees who were taking care of the premises.

The staff were then allegedly forced out of the restaurant and prevented from using their mobile phones to call the manager.

Two hearings have already taken place and, according to a source at Vale do Lobo, the judge ruled last week that control of Palm Terrace was to be returned to the Vale do Lobo Group of Companies.

A further three hearings are scheduled to take place in Loulé on January 19, 31 and February 1.