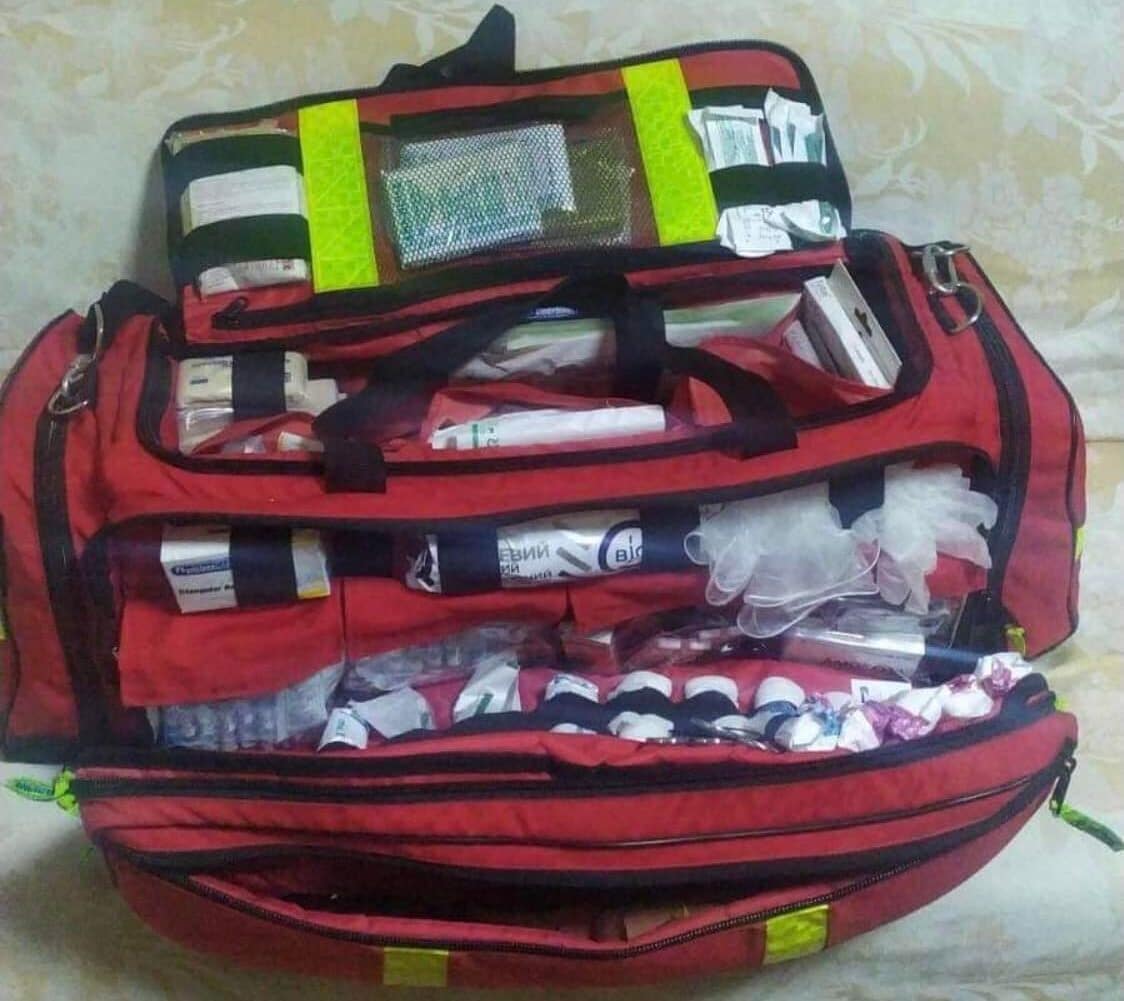 A veritable Algarve Dad’s Army has mobilized, in a matter of days, to start making its contribution to the horrors inflicted by Russia on the people of Ukraine.

Consignments of aid, convoys of vehicles focused on bringing back refugees, have been leaving from various corners of the region – as well as elsewhere in the country – for days, all of them intent on trying to help a nation under siege.

The latest local effort involves two of the western Algarve’s most ‘community-minded schools’, the Aljezur International School and Barlavento primary school – indeed head teachers Karen Whitten and Sílvia Catarino will be driving one of the small convoy of vans, setting out from Lagos/ Sagres and Aljezur this Saturday.

In Karen’s case – a 52-year-old Glaswegian who would, given the right reason, take on anything without more than a moment’s thought – the involvement is only to be expected. But Sílvia, 46, is much less (apparently) ‘gung-ho’. A career teacher and mother, Sílvia exudes the Portuguese characteristic of ‘paciência’, of tolerance. What has induced this quiet-spoken woman who has lived her entire life in the Algarve to leave the relative calm of the classroom and drive into humanitarian chaos?

“It really didn’t take very much”, she says simply. “We have all been through such a lot in the last two years, with the pandemic. I just felt it was impossible to watch television every evening, and see families in desperation, children in such terrible situations – people who have gone from one minute to the next from having a life to having nothing – and do nothing.

“My brother Luís is a nurse and firefighter. I call him my ‘brother-son’ as I was 14 when he was born. He is a brother and my first child, really… The idea to organise some vans, take supplies, bring back people who want to come here; it all came from him. Am I crazy, he texted me. “NO, let’s do this!” I texted back…”

And within days, Luís, Karen, Sílvia, parents at both schools, have worked another Algarve miracle.

Portugal is such a tiny blip on the global geostrategic map that people in other countries often ask “what language do they speak there?” It is a language from the heart is all anyone who knows can say.

And so on Saturday two school-teachers, a male nurse and firefighter from Vila do Bispo, an English mother and a number of Ukrainian stalwarts who have helped coordinate this effort will be leaving various points in the Algarve headed for Poland with the plan to transport necessary equipment (see below), and bring back what has now increased to as many as 19 people, including a one-year-old baby and a grandmother of 75.

What goes without saying is that people who have animals with them are going to be able to squeeze those animals, however possible, onto the returning vans. “We are not imposing limits on what we bring home”, says Karen. “If people have animals, we’ll manage it somehow”.

The trip is scheduled to take a week: two and a half days to get there, roughly two days to deliver/ collect, and then time to head back.

In the meantime, the collection drive for items needed continues apace (see below), and perhaps the most necessary extra help needed is offers of accommodation.

“These have to be well thought-through”, Karen explains. “It won’t be for two to three weeks. This could be for a while, and these people can’t go through more upheaval”.

For now, the Catarino siblings have a house that used to belong to their grandparents in Rogil that they are giving up for refugees. Anyone else with a free property should get in touch with Karen/ Sílvia on the number given below.

Now to the items required:

An email sent out to the parents and friends of Aljezur International School and Barlavento Primary stresses: If you can donate any of the above then please bring them to school, in Aljezur or Barlavento, by midday this Friday 11th March.

“We will pack all three minibuses and then go to the bombeiros in Lagos at 18.00 on Friday to fill up any available space with donations they have received there.

“As we mentioned in our last email, you can also make a financial donation to the bank account which we have set up for this purpose:

or to the Gofundme appeal launched by van driver and mother Susie Keenan (click here).

“Thank you so much to those of you who have already donated and offered accommodation or employment to refugees in need.  We are still open to more offers but we feel obliged to remind you that this will involve a long-term commitment as these families will be unlikely to be able to return home in the foreseeable future”.

The Algarve’s Dad’s (or is it Mum’s) Army is in motion, with more and more initiatives appearing throughout the country by the day.

Anyone wishing to help this particular effort – even in the form of another ‘people carrier’ vehicle or in becoming one of the drivers – should contact Karen Whitten or Sílvia Catarino on 914 447 710 asap.

It’s perhaps not surprising that the motto for Aljezur International School is “Education with Inspiration”.

Teacher Linda Cooper meantime is in charge of coordinating offers of accommodation with the numbers of people expected. Anyone with any space available can contact her on linda@aljezur-international.org

Meantime, anyone wishing to follow the progress of this Algarve convoy as it crosses Europe and makes contact with the various people said to be waiting in safety for transport can do so via Luís Catarino’s Facebook page.

The Resident too will try and keep readers updated on what for all involved will be an unforgettable journey.