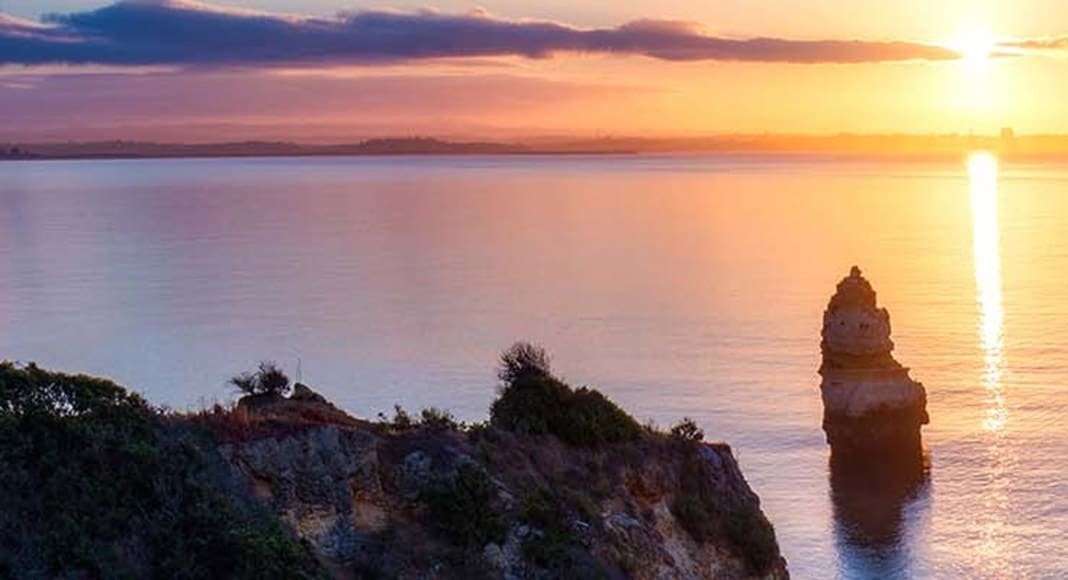 Tucked away in the far south corner of Portugal sits the Algarve. It’s one of Portugal’s most famous regions – well-known for its long, luxurious coastline.

A popular tourist destination, the Algarve attracts thousands of tourists to its sandy shores every year. But, as well as satisfying the short-term sunseekers, it’s also home to over 400,000 people. Roughly 10% of these are expats.

Not that it needs any official confirmation, but the Algarve has been back in the limelight for its beautiful beaches.

On 22 October the Algarve was reaffirmed as Europe’s Leading Beach Destination 2021. The title was distributed by the annual World Travel Awards – often regarded as the Oscars of the travel industry.

The World Travel Awards receives over two million votes every year across various categories. Votes from members of the public carry the weight of one. Votes from verified travel professionals count as two.

In its history, the Algarve has taken home the crown for Europe’s Leading Beach Destination on eight occasions.

This year marks the third consecutive year it has defended its title. It had to fight off the likes of Cannes in France, Corfu in Greece, Majorca and Marbella in Spain, Sardinia in Italy, and Porto Santo Island in fellow Portuguese territory Madeira.

But its more than just the beaches that makes the Algarve one of Europe’s most popular expat destinations.

Best beaches in the Algarve

You’re spoilt for choice for beaches in the Algarve, and they’ll all deliver on the goods. But there are a few that stand out from the rest.

Situated just outside the town of Lagos, Praia de Dona Ana is maybe the more postcard-worthy beach in the Algarve. It’s circled by steep cliffs which protect it from the wind and ocean. The water is crystal clear and perfect for bathing.

Just a short walk away from Praia de Dona Ana, Praia do Camilo is similar in its aesthetic, but considerably quieter. It’s a lot smaller that its neighbour too, making it the ideal spot for a peaceful paradise.

Often in amongst the best ranked beaches in Europe, Praia da Marinha is a slight distance from the main towns or roads but equally as popular. The beach is accessed by a steep wooden staircase, but it’s well worth the effort. A small rock tunnel connects it to its smaller sibling, Praia da Mesquita, which is great for exploring.

The Algarve is a winner among tourists and expats for far more reasons than just its beaches. It’s internationally recognised as one of the best places in the world to play golf, with legendary players teeing off regularly on its extensive list of courses.

The Algarve is also a wonderful place to eat, with easy access to the Atlantic offering a plethora of tasty seafood options.

Golf in the Algarve

Home to some of Europe’s best courses, the Algarve is undoubtably Portugal’s golf capital. Its crown jewel is the Monte Rei – a Jack Nicklaus designed championship course with mesmerising views of the Serra do Caldeirão mountains and the Atlantic Ocean.

For pure golf drama on some of Europe’s most challenging holes, look no further than the Royal Course at Vale do Lobo. Its 16th hole is famous throughout the world, seducing more photographers than any other hole in Europe. Play across 200 yards of lush green grass, hopping across cliffs overlooking the Atlantic.

Food in the Algarve

With its warm, sunny conditions and easy sea access, the Algarve has all the credentials to deliver on fantastic food and wine.

Expect most meals to start with a couvert . This is constructed like a starter and usually comprises olives (served in any which way), bread and/or a selection of cheeses. Marinated carrots are also popular.

Fish is the centrepiece of its cuisine, and the local dish known as cataplana de marisco is a must try for seafood lovers. It gets its name from a piece of Portuguese cookware called a cataplana, which is loaded with lobster, clams and squid, drizzled with white wine and gently cooked with tomato and herbs.

Due to its almost full-time sunshine, the Algarve’s vineyards grow strong and mighty. Every region within the Algarve has its own distinct taste. However, they are all similarly versatile, capable of producing light and refreshing wines to accompany fish, as well as hearty red wines perfect for meat and stews. 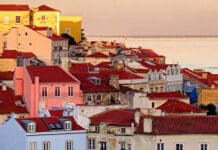